Last Tuesday, 56% of voters in Grant County, Kentucky decided to lift the ban on alcohol sales, a result that’s being attributed largely to the turnout of young voters.

That means you’ll soon be able to purchase drinks before heading to Ark Encounter, the Noah’s Ark theme park. I’d call that ironic, except the alcohol may be necessary. 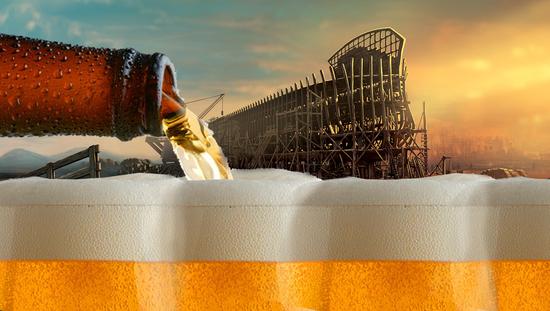 The bill was actually considered a beneficial move for Ken Ham‘s soon-to-open attraction by making it a more enticing location for chain restaurants, hotels, and grocery stores to set-up and serve tourists. I somehow doubt Ham supports the consumption of alcohol — or doing anything that’s fun, really — but as we know, this outlandish project will proceed, even if Ham has to lie (about tax money), cheat (false projections), and steal (even more tax money).

As for the residents, it seems like the voters just wanted to join the 21st century and stop losing tax money to surrounding counties. Cathy Davies told the Cincinnati Enquirer why she voted in favor of liquor sales:

When I buy something, I don’t want to have to go out of the county. I want the better restaurants, the better facilities.

And then there’s Jimmy Taylor who apparently forgot about Jesus’ cool party trick with water:

It wouldn’t be good for the county. I don’t believe in it, because I am a Christian. It is a vice Grant County does not need.

Of the 120 counties in Kentucky, 31 are completely “dry,” while 53 have partial alcohol sales, which is considered “moist” (look, I don’t make the terms, I just report the facts). Grant is now the 36th “wet” county.

Now, after a long day of ushering tour groups through that mythological monstrosity, the Ark Encounter employees who know the Earth is 4.6 billion years old can meet up at the hotel bar across the street for a beer and a chance to reconnect with reality. It’s not that far-fetched, since Answers in Genesis won’t be doing any illegal faith-based discrimination in the hiring process, just as Williamstown Mayor Rick Skinner and AiG manager Mike Zovath have assured us.

December 28, 2015 Georgia Muslim Family Gets Surprise on Their Olive Garden Bill
Browse Our Archives
What Are Your Thoughts?leave a comment