On the day after Christmas, nearly a dozen Texans were killed as a result of tornadoes in the region. It was horrifying, it was unexpected, and it was exactly what one Christian woman was praying for, apparently. 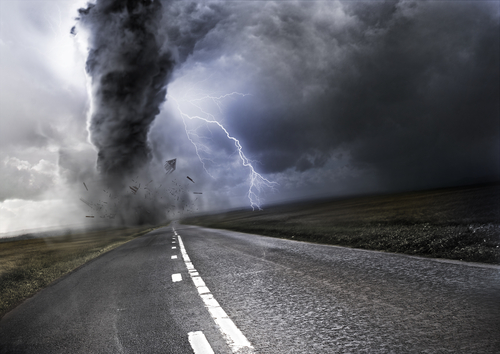 Sabrina Lowe told NPR affiliate reporter Bill Zeeble that she prayed for the tornado to get the hell away from her, because that’s how nature works, don’t you know:

We actually went outside and started commanding the winds because God had given us authority over the winds — the airways. And we just began to command this storm not to hit our area. We — we spoke to the storm and said, go to unpopulated places. It did exactly what we said to do because God gave us the authority to do that.

I guess the “unpopulated places” were home to the 11 people who died and everyone who lived in one of the 1,450 homes that were damaged.

So congratulations, Ms. Lowe. You got what you asked for. God skipped you and killed others on your command. That’s what His unconditional love looks like. I’ll admit, I’m a bit surprised. I thought God only changed the weather patterns depending on how much we all accepted homosexuality. Faith-based science is hard!

And if you think I’m being overly sarcastic, let me be clear: The tornado didn’t move because of anything Lowe did. But if she wants credit for changing its path, she needs to bear responsibility for the people who died as a result of her supposed actions.

December 28, 2015
Georgia Muslim Family Gets Surprise on Their Olive Garden Bill
Next Post