The Harrison County Courthouse in Mississippi has this Nativity scene in the building… which is odd for a place that’s supposed to respect the law: 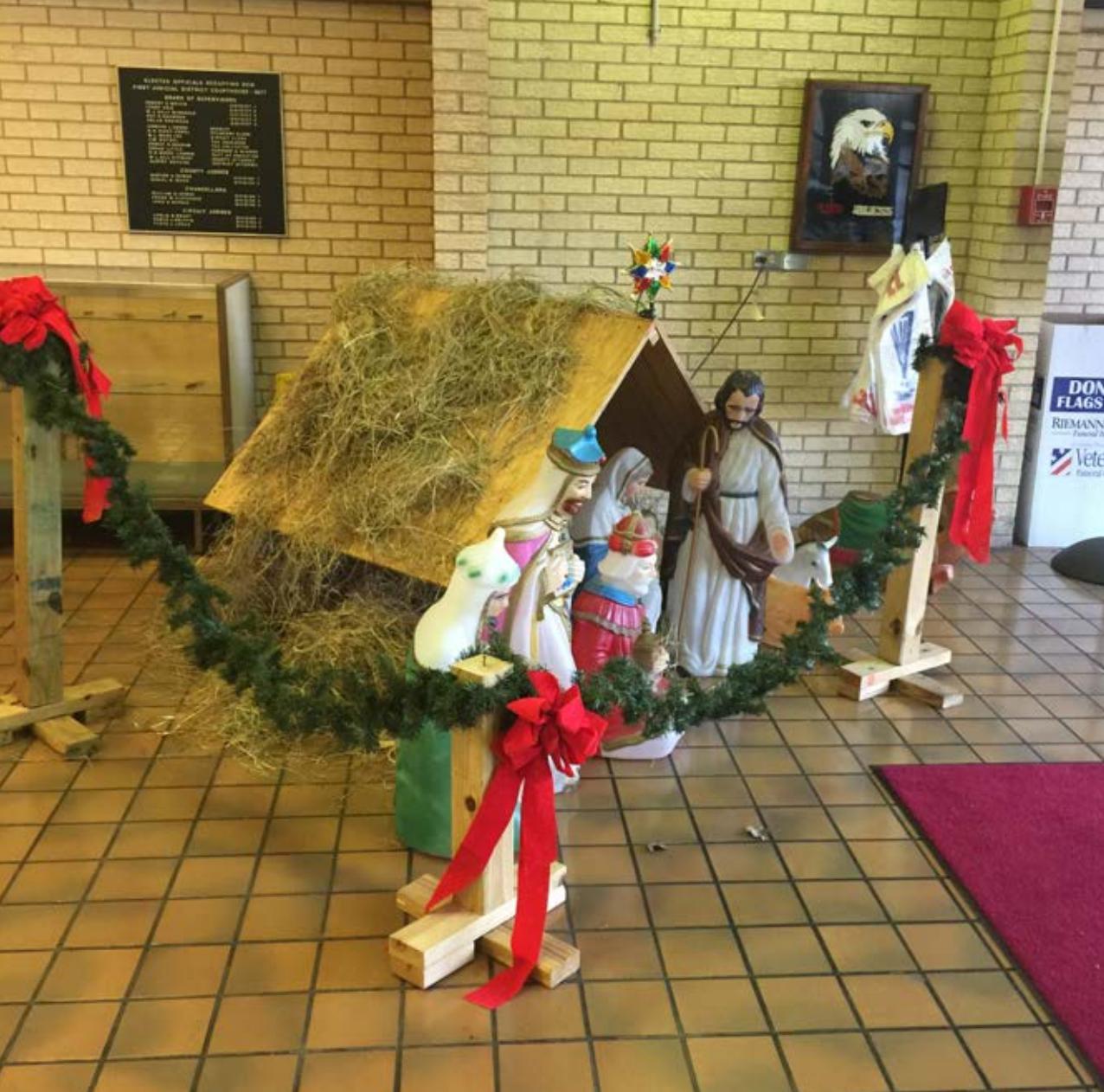 The American Humanist Association’s Appignani Humanist Legal Center warned them earlier this month to take the display down, but the Harrison County Board of Supervisors later voted unanimously to keep it right where it is:

“The County will not interfere with the County employees’ expression of their religious faith or with any other faith or non-faith employees who desire to celebrate their holiday in a manner that does not interfere with County business,” [board attorney Tim] Holleman said in a letter to the American Humanist Association after the vote. “I believe the County has complied with the law including the Eighth Amendment to the U.S. Constitution.”

No one, of course, is interfering with the employees’ personal expression of faith. They’re welcome to put a Nativity scene in their front yards. We’re talking about a government-sponsored Nativity scene that suggests Christians get special treatment in that court.

That’s why the AHA said it would file a lawsuit against the county:

Roy Speckhardt, executive director of the American Humanist Association, said, “The Harrison County Board of Supervisors had an opportunity here to act on the concerns of a constituent and increase their inclusiveness. It’s disappointing that they chose to not recognize the diversity of beliefs and waste taxpayers’ money fighting to keep a sectarian display that violates the law.”

It appears county officials finally got the hint and realized they were going to lose this fight. For that reason, they decided to allow an atheist group’s display in the same space that says “Happy Holidays,” “Reason’s Greetings,” and “Axial Tilt: The Reason for the Season.” 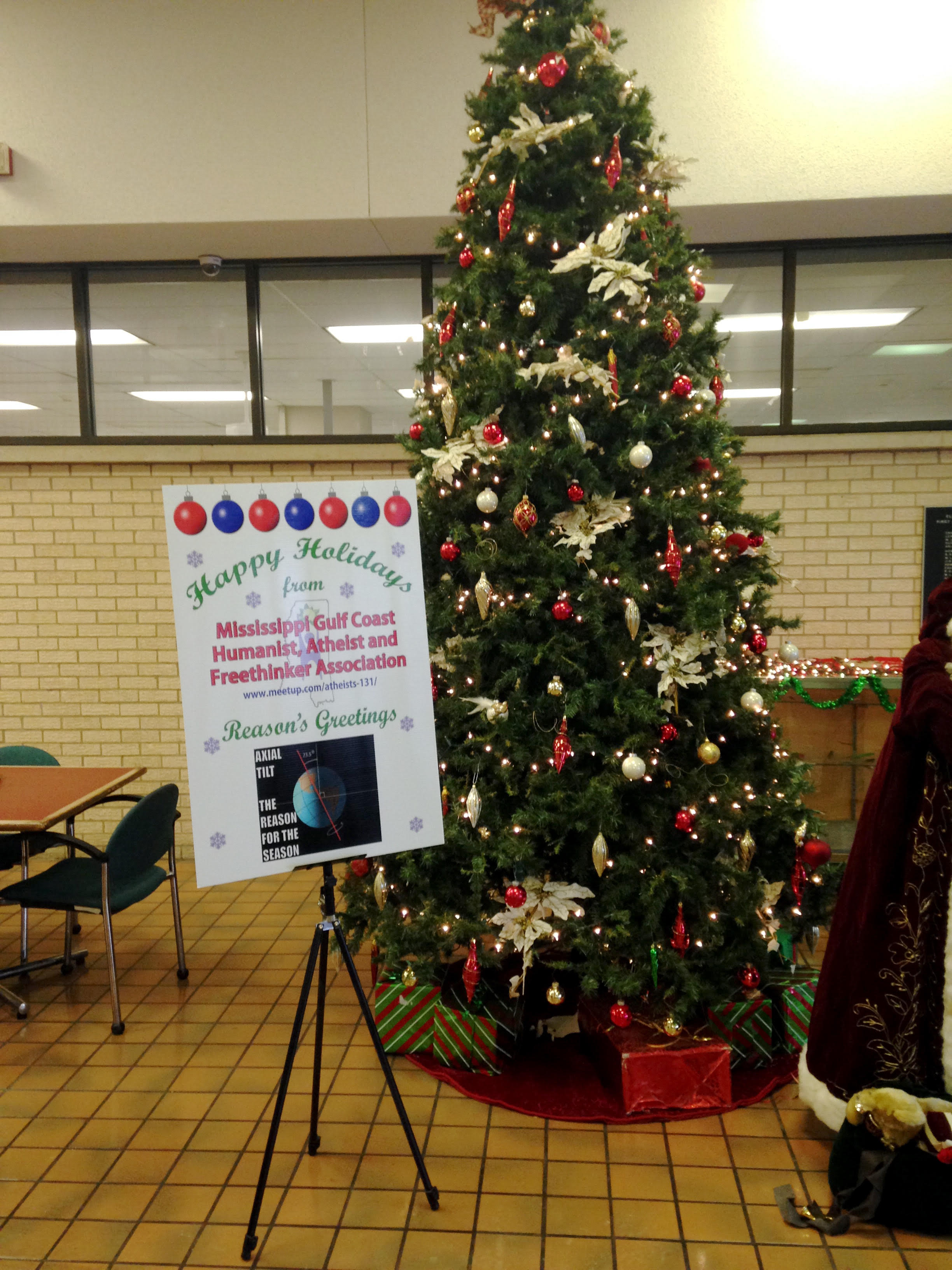 In light of the county’s decision to accept displays depicting worldviews other than Christianity, the American Humanist Association’s legal center will not file a lawsuit in this instance.

“The inclusion of the humanist display in the courthouse diminishes the overtly Christian nature of the prior display,” said Monica Miller, senior counsel with the Appignani Humanist Legal Center. “But to ensure that Harrison County officials uphold the First Amendment, we will continue monitoring the situation.”

It would have been better if there were no religious or non-religious displays at all, but this is a decent start. And next year, maybe The Satanic Temple can get involved, too.

December 24, 2015 If Obi-Wan Kenobi Were a Republican Politician...
Browse Our Archives
What Are Your Thoughts?leave a comment