An Illinois Atheist Group’s “Are You Good Without God?” Banner Was Vandalized December 24, 2015 Hemant Mehta

An Illinois Atheist Group’s “Are You Good Without God?” Banner Was Vandalized

I noted earlier that the Freedom From Religion Foundation chapter in Chicago had put up an atheist display at North School Park in the city of Arlington Heights. They did it to counter the Nativity Scene that was also on the property.

In addition to a five-foot-tall Scarlet A, there was an “Are you Good Without God? Millions are” banner from the Chicago Coalition of Reason: 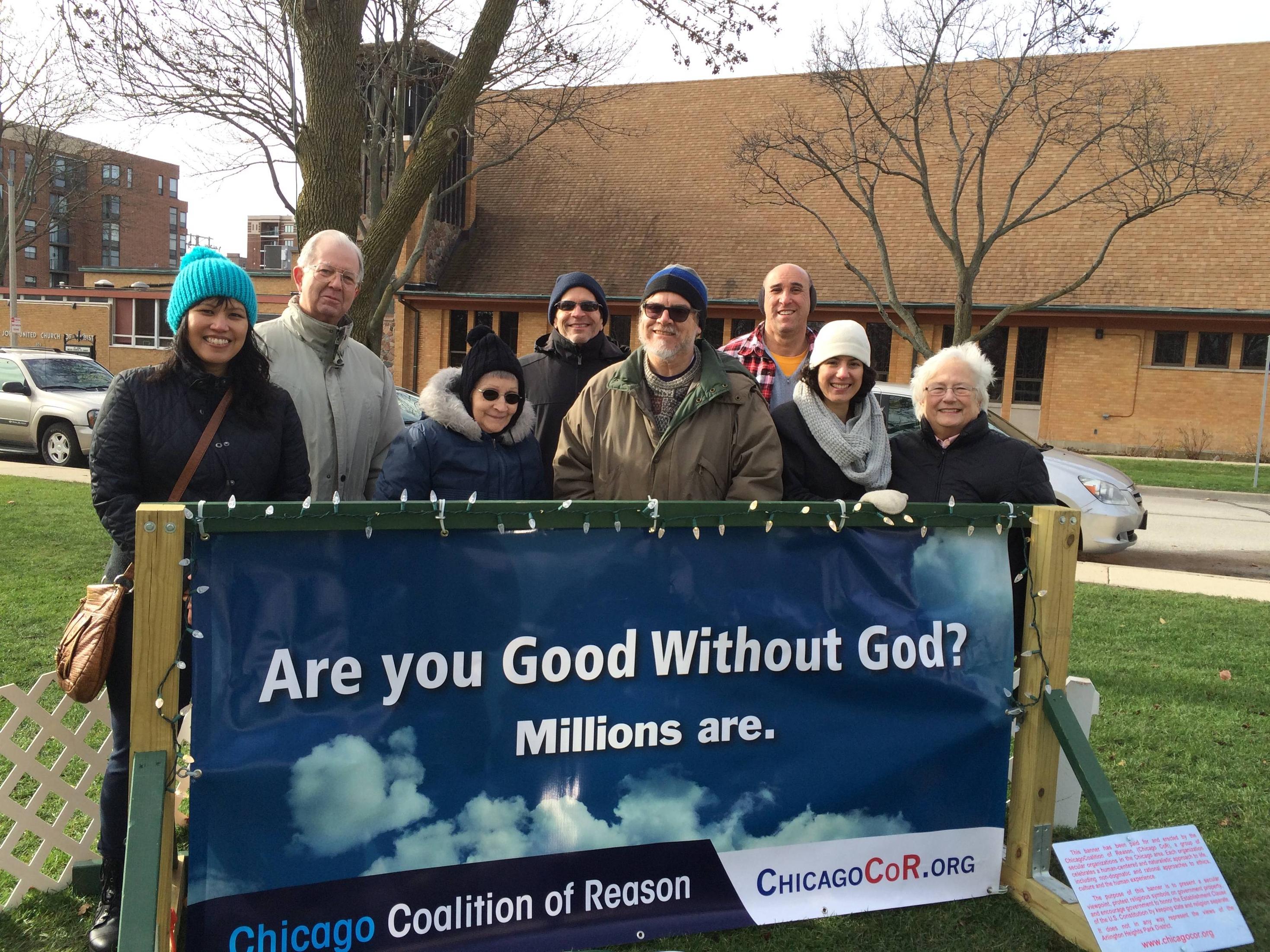 Late Tuesday night, a group member noticed that someone had tampered with the banner. 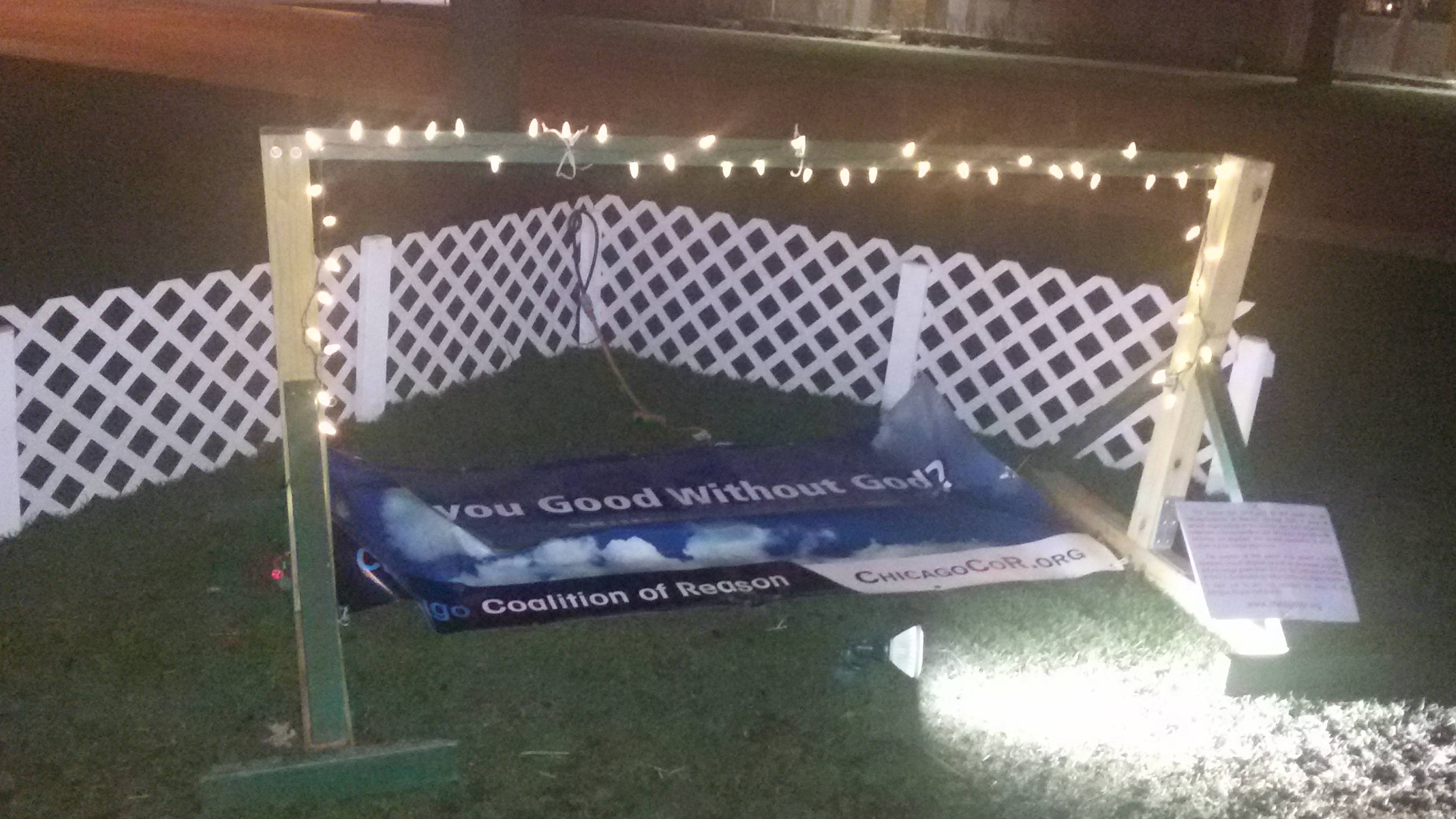 It was ripped down from its stand and the zip ties used to keep it in place were cut. While the member was able to reattach it, let’s be clear: this wasn’t accidental. A report was filed with the local police department.

This marks the third consecutive year the display has been vandalized in some way.

December 24, 2015
A Look at the Grisly Side of Traditional Christmas Myths
Next Post

December 24, 2015 A Disturbing Conversation Between a Jehovah's Witness Mother and Her Atheist Son
Browse Our Archives
What Are Your Thoughts?leave a comment