A Disturbing Conversation Between a Jehovah’s Witness Mother and Her Atheist Son December 24, 2015 Hemant Mehta

A former Jehovah’s Witness recorded a conversation between his 17-year-old younger brother, who is now an atheist and no longer wants to attend JW meetings, and their parents.

Take it all with a grain of salt since it’s hard to verify these things, but the recording is pretty horrifying.

There’s plenty of verbal abuse — at 4:27, the mother says she should have aborted him; at 7:10, she says she should put him in a mental institution. The anonymous poster also added that there was physical abuse at home (“My father put him in a choke hold, my mother hit him.”) 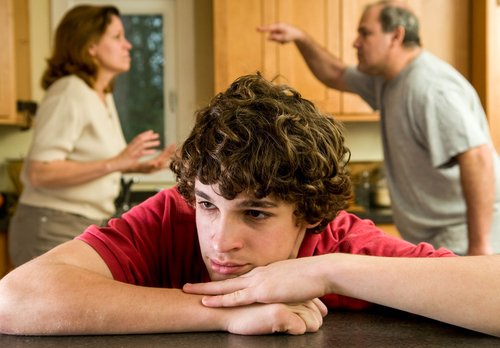 If you can stomach it, have a listen:

I almost laughed at the beginning when I heard the mother say “You just want to get out and get your freedom, is what you want, buddy” (as if freedom is a bad thing) and “[The Elders] could do circles around your ‘evolution’ thing.” But it got very dark after that.

The poster called the police and says he’s doing everything in his power to get his brother out of Georgia where the parents live. There’s no resolution yet, but you can follow his posts here.

December 24, 2015
An Illinois Atheist Group's "Are You Good Without God?" Banner Was Vandalized
Next Post