Some Australians Are “Offended” by Member of Parliament’s Black Jesus December 23, 2015 Tracey

Some Australians Are “Offended” by Member of Parliament’s Black Jesus

In Melbourne, Australia, there lies a babe in a manger that has some locals in disgust. It’s being called “inaccurate” and “offensive.”

This Nativity is in the window of Parliament Member Lizzie Blandthorn‘s office, and the doll laying in the place of baby Jesus is black. 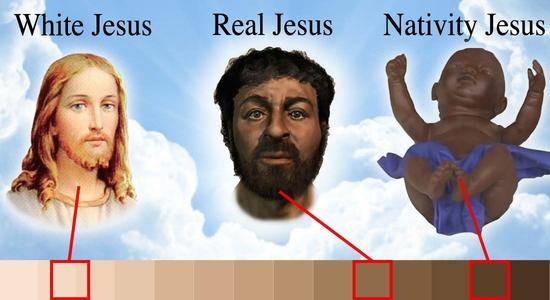 Blandthorn has been receiving angry phone calls about the display but refuses to appease the offended. She told Seven News:

They don’t understand, I’m Christian myself and I think it’s good.

It doesn’t matter at all, when we cut our skin we’ve got blood there. I think that’s more important — how he was, what he did for us.

Not only is Blandthorn correct that it doesn’t matter, especially to those of us who are fairly certain Jesus was not divine (if he even existed at all), but she’s far more correct than those who naïvely insist Jesus was an early blueprint for Kid Rock.

If you weren’t already under the assumption that a person born to a mother native to the Middle East 2,000 years ago would have dark skin, hair, and eyes — take it from a team of scientists who set out to reveal the “real face of Jesus” in Popular Mechanics.

And so the fundamental question remains: What did Jesus look like?

An answer has emerged from an exciting new field of science: forensic anthropology. Using methods similar to those police have developed to solve crimes, British scientists, assisted by Israeli archeologists, have re-created what they believe is the most accurate image of the most famous face in human history.

That face (pictured above, center) is about as far from being mistaken for Caucasian as you can get — and much closer to the tone of someone of African descent. 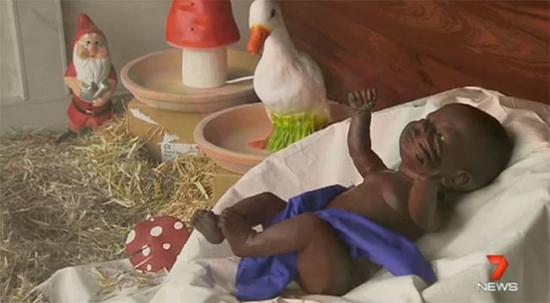 If someone wanted to pick a legitimate fight about the inaccuracies of the Nativity, take note that the witnesses to Jesus’ birth consist of a duck, a giant mushroom, and Doc from Disney’s Snow White and the Seven Dwarfs.

The one change Blandthorn was willing to make was to drape a cloth over Jesus’ lady bits.

December 23, 2015
Police Arrive on Scene After Woman Supposedly Yells "ISIS is Great!" During Sex
Next Post

December 23, 2015 Daughter's Henna Tattoo Ruins a Texas Family's Christmas
Browse Our Archives
What Are Your Thoughts?leave a comment