Somehow, a Kickstarter Project to Protect You from Spooky “Signals” is Nearing Its Funding Goal December 22, 2015 Hemant Mehta

Somehow, a Kickstarter Project to Protect You from Spooky “Signals” is Nearing Its Funding Goal

Have you ever heard how signals are harmful?

Have you ever thought to yourself, “I wish I had a shield to protect me”?

Well, you haven’t, because you know that’d be a bullshit claim.

But a lot of gullible people have, and someone’s trying to take advantage of them on Kickstarter, where two guys who won’t even tell you their names have already raised more than $13,000 of their $20,000 goal to create “Shield: The World’s First Signal Proof Headwear“: 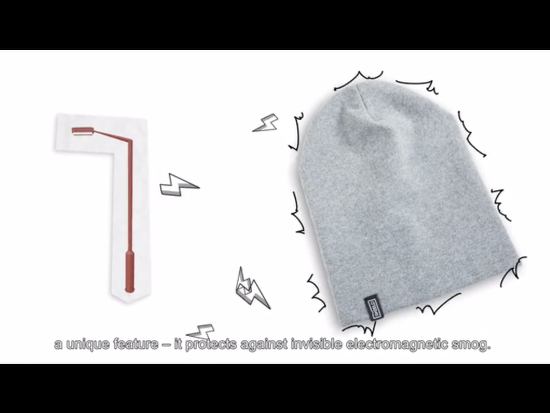 Our bodies are exposed to a variety of signals the whole day — cell phones, wi-fi, satellites, tv and radio, microwaves, electric devices, lights or heavy doses of cosmic rays during the flight. It`s not a long time ago that new kinds of signals appeared and have become a part of our households and ordinary lives. You know, you can care about switching off these devices when you do not need them but your neighbours might not.

We are not saying that it protects 100% against all kinds of electromagnetic waves that are bad for your health, what we are saying is that if you care about yourself, be smart and put on this first signal proof apparel instead of the usual one — no one will spot it and it will protect you.

This Kickstarter is the equivalent of selling you a tin-foil hat.

A few things worth pointing out:

While the product’s website doesn’t tell you the founders’ names, a Google reverse image search reveals that one of the creators is Marek Schweigert, a guy who specializes in “creative and effective marketing.”

Also, the Federal Trade Commission has already addressed one of the main “dangers” this shield supposedly protects you from:

If you’re looking for ways to limit your exposure to the electromagnetic emissions from your cell phone, know that, according to the FTC, there is no scientific proof that so-called shields significantly reduce exposure from these electromagnetic emissions. In fact, products that block only the earpiece — or another small portion of the phone — are totally ineffective because the entire phone emits electromagnetic waves. What’s more, these shields may interfere with the phone’s signal, cause it to draw even more power to communicate with the base station, and possibly emit more radiation.

Electromagnetic radiation is already regulated by the government. If there was a problem with it, the problematic phones would be taken off the market.

As for the comparison to tin foil? They actually answer that question in the FAQ:

Our hat is not the improved version of “tin foil hat”. It`s inspired by actual situation and studies. Until now, we`ve known the waterproof, windproof or dustproof feature. Now it`s time to introduce the signaproof feature to the fashion. And Shield is more beautiful and comfortable hat that tin foil 😉

If it’s inspired by studies, they’re not telling us which ones.

That same FAQ includes a question about whether there’s any evidence these signals are harmful. The response is less than helpful:

We are not saying that it`s proved or we should be scared. There is no official evidence that signals cause something. You know, asbestos wasn`t dangerous before and after some period all buildings were taken down. Just google it or check it on youtube there are plenty of documentaries also made by CNN or BBC which are dealing with this topic.

There’s no evidence, you see… but, you know, signals! Electro-something-something! Those are scary words! SO EVERYONE BEWARE (and give us money).

The only reason I’m writing about this is because it managed to get through Kickstarter’s review process. There’s a link at the bottom of the page to report the product. I hope you use it.

Reader Daniel, who alerted me to this product (and informed Kickstarter of the issues), told me that the company said it would forward his concerns to the “Integrity team’s attention.” Hopefully that word actually means something and they’ll take this product down before more people hand over their money. This is a product that doesn’t offer evidence of its claims and its creators are relying on gullible supporters who won’t question them.

If the product is taken down soon, the creators won’t get any money at all.