Mark Regnerus Is Sad He’ll Never Get Another Raise

To much of the world, Mark Regnerus is a laughingstock.

He’s the University of Texas researcher who, in a deeply flawed and thoroughly debunked study, tried to prove that children fare better with different-sex parents than same-sex parents.

The study was so bad, in fact, that Regnerus’ own university disavowed his work and cited the American Sociological Association’s statement that “the conclusions he draws from his study of gay parenting are fundamentally flawed on conceptual and methodological grounds.” Ever since, his research hasn’t been considered valid in cases opposing the rights of same-sex couples. 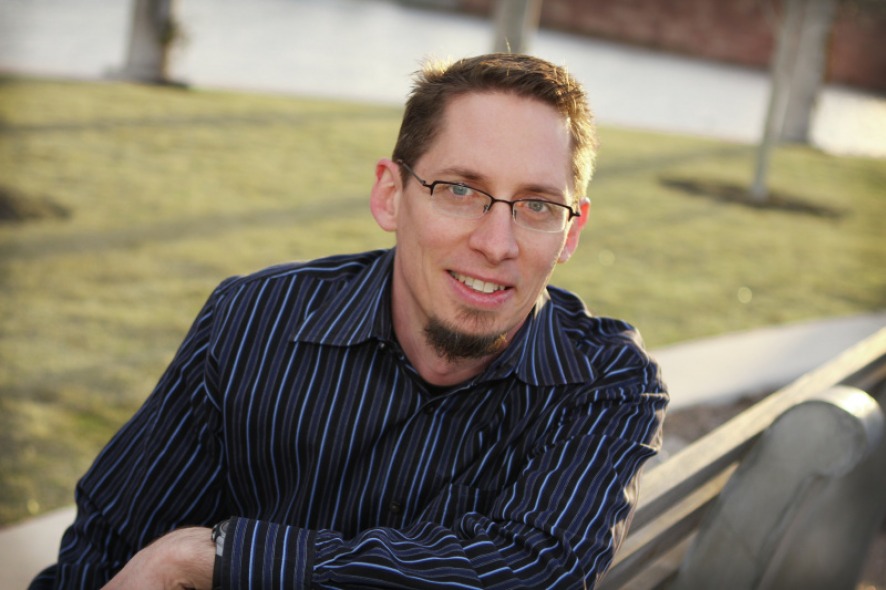 In a recent interview with WORLD, a Christian publication, Regnerus threw himself a pity party, saddened that he’s lost the respect of the scientific community and that his life will never be the same since he published the paper. Here are some select gems from the interview (the interviewer’s questions are italicized):

Is it fair to characterize your research as saying that intact, stable, families do, indeed, fare better at raising children?

It’s a great conclusion. It’s the most solid conclusion from the study. It was kind of overlooked, but when I called that the gold standard, people lost their cool.

Hmm. When did “intact, stable families” become synonymous with mom-and-pop families? Plenty of same-sex families are intact and stable. Plenty of different-sex households are way worse off than same-sex families. This is not a conclusion of any kind, and it’s certainly not the gold standard.

How did that affect you?

Sure, absolutely. All of that. I can probably map the earnings cost that paper took out of me.

For the rest of my life, yeah, … the raises that have not come and will not come.

You don’t regret that?

Poor Mark and his potential riches gone to waste! Perhaps he should quit masquerading as a scientist and just start working as a canvasser for Focus on the Family.

Is it a badge of honor for you?

No, it doesn’t feel like that. Some people could say it’s all for naught. Same-sex marriage is the law of the land, etc. I didn’t undertake it in order to derail something political or legal. I paid very little attention to politics or the law for the longest time. I went after it as an intellectual topic because it was attractive to me. On the face of it, it was characterized by modest social science relying way too heavily on a handful of data-collection projects that were either nonrandom or very small in their sample size. I thought, “Let’s try to improve this.” It turns out people didn’t really care. As long as a nonrandom or small sample size yielded the results that were palatable to them, they had no use for population-based studies that emphasize behavior rather than self-identity.

Regnerus says he didn’t undertake this project as a political statement… yet it was funded with close to a million dollars by major conservative religious organizations who were undoubtedly rooting for one particular outcome. Conflict of interest much?

And last, but not least:

Is the real conclusion here that you have demonstrated beyond incredulity the political correctness of the academy?

That could be one conclusion here. On the bright side, it’s almost as if a lot of social scientists in criticizing me said, “Of course, Mark, we know that stability is good for children.” But there was a time in the academy where people weren’t saying that. In the wake of the divorce revolution, there were a lot of social scientists, save for people like Professor [Judith] Wallerstein, who weren’t willing to say that stable marriage matters. I think it did accomplish that even though nobody cares or pays attention to it. It’s a subtle change, an admission that, hey, stability matters.

At the same time, I think in the wider culture, people care less about stability than they might once have. I think we’ve moved into an era — this would be getting into social theory — where relationship behavior does not privilege the idea of being enduring and never-ending. It’s until something happens that we decide to do something different.

So, the “political correctness” of the academy is the reason why multiple, completely objective associations and researchers have agreed that this study is, to quote one of the paper’s reviewers, “bullshit.” Ultimately, it’s not a bad thing that conservative Christian publications and organizations are rushing to Regnerus’ defense; it just shows that he no longer has any allies except those bigots who motivated his research in the first place.

December 21, 2015 Why Atheists Must Vote
Browse Our Archives
What Are Your Thoughts?leave a comment