Joseph Smith and the Kinderhook Plates: This is What Mormons Believe December 20, 2015 Hemant Mehta

Joseph Smith and the Kinderhook Plates: This is What Mormons Believe

From the man who brought you 50 problems with the Mormon Church (in under 10 minutes) comes a closer look at the story of Joseph Smith and those Kinderhook plates. 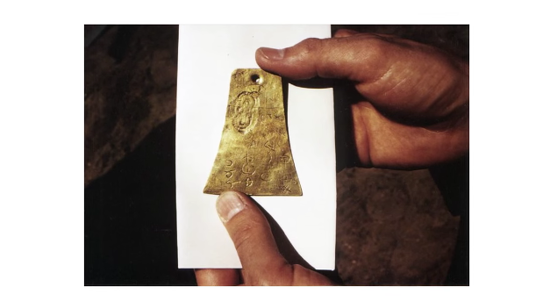 You watch that video and it boggles your mind that an entire religion was built upon that foundational myth.

The video is based off of Jeremy T. Runnells‘ CES letter (which is a fascinating story in its own right).

(Edit: I initially said these were the Golden Plates. That was a mistake. I’ve corrected it in the headline/piece.)

(via The Mormon Informant)

December 20, 2015
Sarah Palin: I'd Only Vote for an Atheist President If the Other Candidate Supported ISIS
Next Post

December 20, 2015 What Does It Really Mean That Christians Are Now More "Accepting of Homosexuality"?
Browse Our Archives
What Are Your Thoughts?leave a comment