How to Lie About Climate Change Using Accurate Numbers

The National Review, a conservative publication, recently tweeted a graph showing that the average global temperature has barely risen over the past century, suggesting that global warming is a myth.

The numbers are correct but the insinuation is a perfect example of how people lie with statistics. 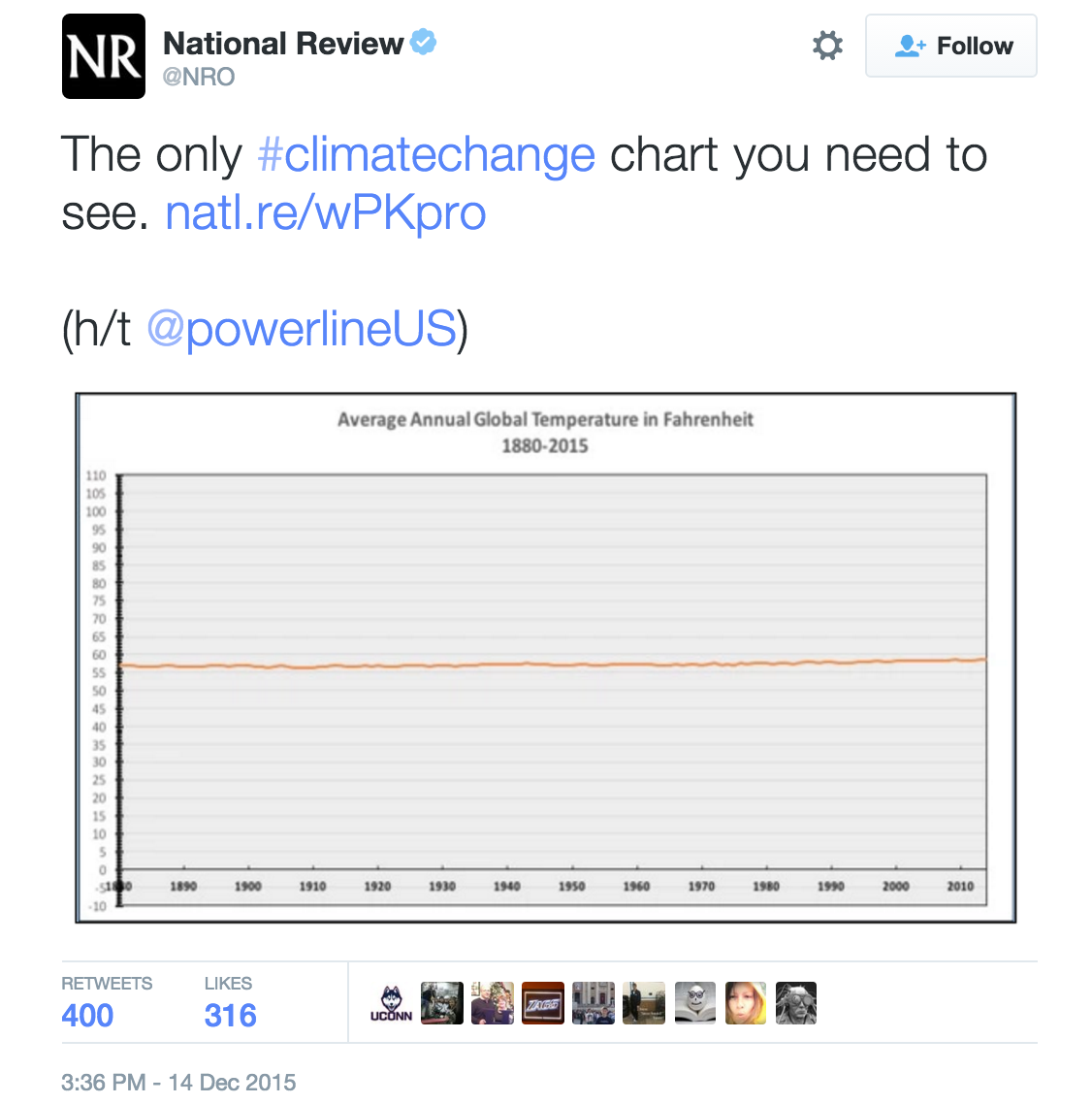 The wrong reaction — the one climate-deniers want you to have — is “Wow! Compared to zero degrees, that temperature hardly changes!”

But why would anyone compare average global temperature to zero degrees at all?

Philip Bump of the Washington Post is absolutely right when he says:

It’s akin to suggesting that Shaquille O’Neal and Mini-Me (aka Verne Troyer) are the same height because they’re both tiny compared to the planet Jupiter.

The fact is that temperature was relatively stable for a long time… but it’s been going up faster than usual over the past few decades. This is the concern with climate change. Trying to obfuscate people by presenting the data in an unhelpful way is a tactic of either outright liars or ignorant fools.

Here’s what the temperature numbers show when presented in a more helpful way: 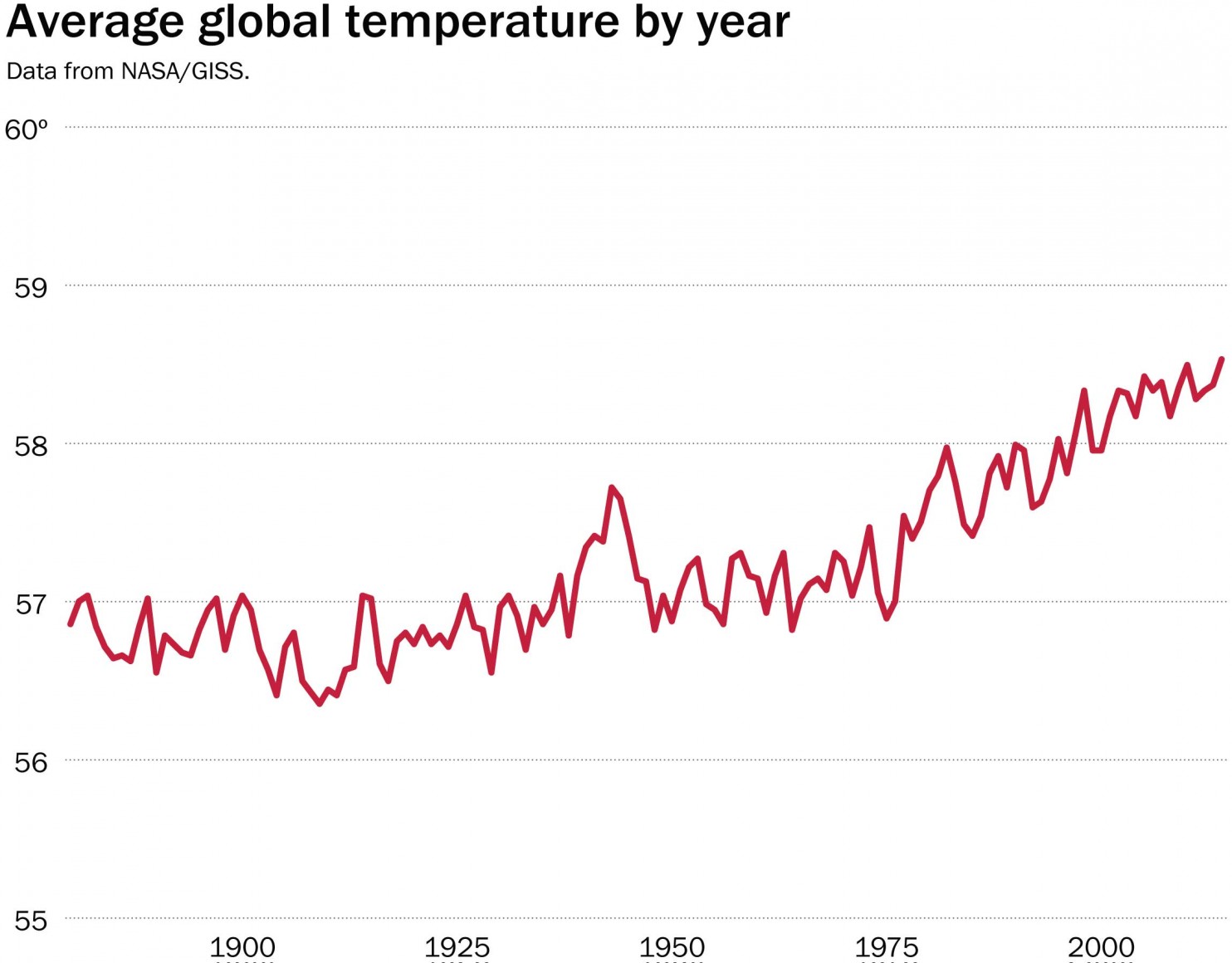 Bump has several additional examples of how this kind of National Review-style duplicity could be used to show everything from how gun violence hasn’t gone up to how the national debt is at a standstill. They’re worth checking out.

I should say, though, none of this is as horrible as the wildly deceptive chart Rep. Jason Chaffetz (R-UT) used to try and take down Planned Parenthood President Cecile Richards. So at least the National Review has that going for them.

December 20, 2015 Sarah Palin: I'd Only Vote for an Atheist President If the Other Candidate Supported ISIS
Browse Our Archives
What Are Your Thoughts?leave a comment