If This Is What “Cool” Christianity Looks Like, Count Me Out December 19, 2015 Hemant Mehta

If This Is What “Cool” Christianity Looks Like, Count Me Out

In the latest issue of GQ, reporter Taffy Brodesser-Akner interviews Carl Lentz, the Christian pastor with a reputation for being cool because, you know, he wears a leather jacket and skinny hipster jeans and hangs out with celebrities.

The premise of the piece seems to be: Religion is fading away, especially among younger people, but if there’s any hope for the church to connect with that generation, Lentz could be the guy to do it. So is it working?

But when Lentz speaks, you realize he’s just as awful as the older evangelical Christians who lost the culture wars: 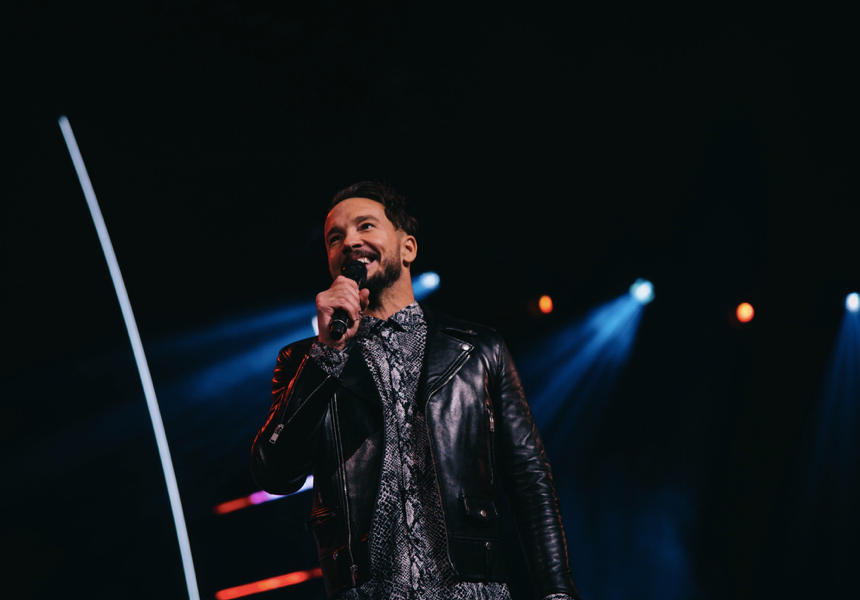 So let’s get to it: Abortion breaks his heart. He had just seen the #ShoutYourAbortion hashtag — women on Twitter sharing the circumstances of past abortions and their refusal to feel badly or be quiet about it — and he was thinking that he’d like to meet the woman who started it, because he wanted to understand why she would campaign for such a thing. I told him that it wasn’t a celebration of abortions — that it was a campaign for rights, that women shouldn’t feel shamed for choosing what to do with their bodies.

It sounds like he’s the type of person who, given the choice, would take that option away from women, though he’ll do everything he can to not have to say that out loud.

He’s the same way about gay people, too. He loves loves loves gay people… but if they want to be in a relationship, we have a problem:

“… If you believe that homosexuality is God’s will for your life, and I disagree, well, what if you’re a leader and, you know, a young man comes up to you, and he has questions about his sexuality? What are you going to tell him? What I believe or what you believe?…”

What would I tell him? Maybe something like, “I hope you meet someone nice and I’m here for you if you need me.” But that’s only because I’m not an asshole who thinks his question poses any sort of dilemma.

Brodesser-Akner points out that a member of Hillsong Church’s New York choir was kicked out of his leadership position when it was revealed that he was in a same-sex relationship with someone else in the choir. I guess Lentz wants bonus points for not stoning them?

Basically, what makes Lentz “cool” is that he believes everything the Religious Right believes… but tries really hard to steer the conversation in another direction. In that sense, he’s no different than Joel Osteen.

You may recall Lentz was on a Nightly Show panel last month in which he said religion and science don’t have to be in conflict… which sounds nice until you realize the two worlds come into conflict all the time. Either Jesus was born of a virgin mother or you admit that’s impossible. Either Jesus rose from the dead or it’s a myth. Either you accept the limitations of scientific observation or you deny them. You don’t get to have it both ways.

Maybe the best example of his inability to be honest about his beliefs is when Brodesser-Akner asks him about her Jewish grandmother and Mahatma Gandhi. Are they in heaven, even though they weren’t Christians?

… the answer is yes, so long as they accepted Jesus, because Carl has to believe that Jesus appeared to each of them at the end of their lives and that in those final minutes, they were saved.

But he’d still rather not have said any of this.

So he’s delusional, too. I mean, if you have convictions, stop altering history to fit your beliefs. You don’t *have* to believe they converted. You choose to believe it despite no evidence whatsoever.

At least the usual conservative Christian bigots aren’t afraid to admit all those people are burning in hell.

Gandhi didn’t convert. Neither did Anne Frank. To put it another way, Lentz believes all the millions of Jews who died in the Holocaust magically accepted the divinity of Jesus at the ends of their lives… or he thinks they’re all in flames right now. Neither option is realistic, but he believes one of them.

December 19, 2015
How to Die With Love and Humor — and Without Gods
Next Post