See if you can spot all the legal violations that occurred yesterday at Delta Middle School in Colorado. 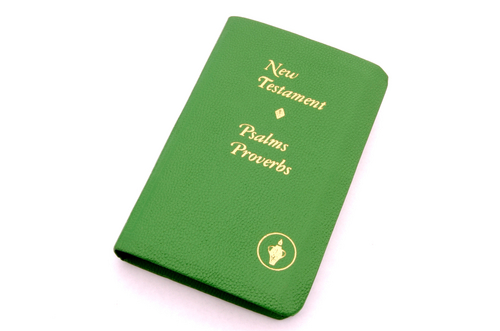 Here’s the situation: Students in a social studies class were taken to the library to do some work. When they arrived, their teacher told them there were bibles on a table in the main doorway, and they could pick one up as they left.

According to the District’s own policy on distributing non-curricular material, here’s what went wrong.

The policy says material cannot “be distributed in any classroom of any building then being occupied by a regularly-scheduled class.” Well, this was going on inside of the library where a class was taking place.

The policy says materials can only be given out “one-half hour before school and/or during regularly scheduled lunch periods and/or 15 minutes after the close of school.” This took place during the school day and not during a lunch period.

The teacher supposedly said to kids, “There’s bibles and they are free if you want one.” You can debate whether that’s a form of coercion. You can also debate whether a book that says Jews and Muslims and atheists are going to hell constitutes literature that “attacks” non-Christian groups.

When one student didn’t — she’s the one who told her mother about this, which is why we know about it at all — this is what happened:

I think there’s only one way to handle this.

The Satanic Temple needs to send this District a stack of coloring books for distribution:

Anne Landman, who first posted about this problem on her website, points out that District officials aren’t admitting to any wrongdoing:

The parent may do that. But she’s also contacting the Freedom From Religion Foundation and American Civil Liberties Union in the meantime.

And it sounds like this is just the latest in a pattern of legal violations by the District:

Other incidents of religious proselytizing reported at Delta Middle School over the last year alone have included school staff mandating all middle school students attend a Christian religious play, students in the DMS drama club being forced to attend a Christian-themed musical performance while on a field trip to Denver last spring, and use of free doughnuts to coerce students to attend morning prayers led by a DMS teacher.

How about a tip of the hat to the student who realized this Bible distribution was a problem and let her mother know about it? At least she has a better sense of the law than some of the adults in that building.