It’s not really debatable that Richard Dawkins has a sense of humor; my favorite videos of him are the ones in which he reads some of the hate mail he’s received from (mostly) Christians. The man can barely keep a straight face, and for good reason.

Still, he is frequently painted as an über-rational buzzkill, and his photo probably won’t pop up on Google when you type “outrageous fun” into the search box.

So, without meaning disrespect, here are three jokey Christmas riddles that Dawkins ostensibly answered, courtesy of the British satirical site The Poke. 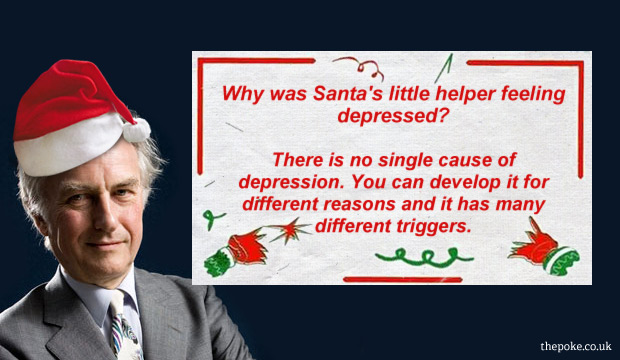 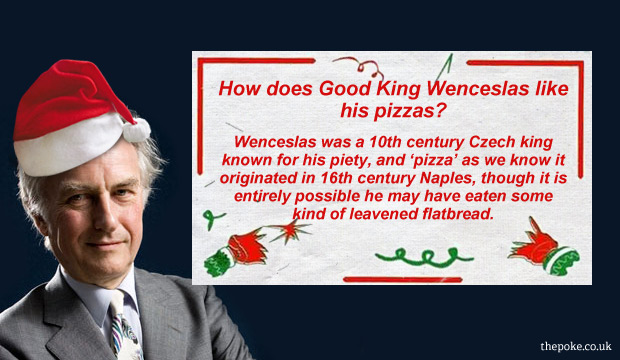 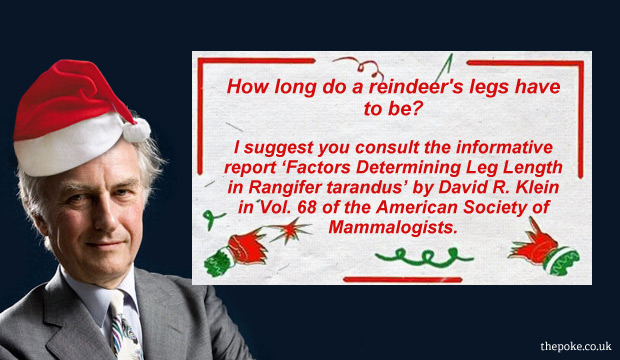 December 18, 2015 This Dark Comedy is About an Atheist Who Sees No Reason to Live
Browse Our Archives
What Are Your Thoughts?leave a comment