Oklahoma Legislators Condemn Festivus Pole, Calling It a “Slap in the Face” of All Christians December 17, 2015 Hemant Mehta

Oklahoma Legislators Condemn Festivus Pole, Calling It a “Slap in the Face” of All Christians

A day after Florida activist Chaz Stevens received permission to install a rainbow-colored Festivus pole in the Oklahoma Capitol, state representatives are already condemning this warped idea of a non-Christian playing by their rules. 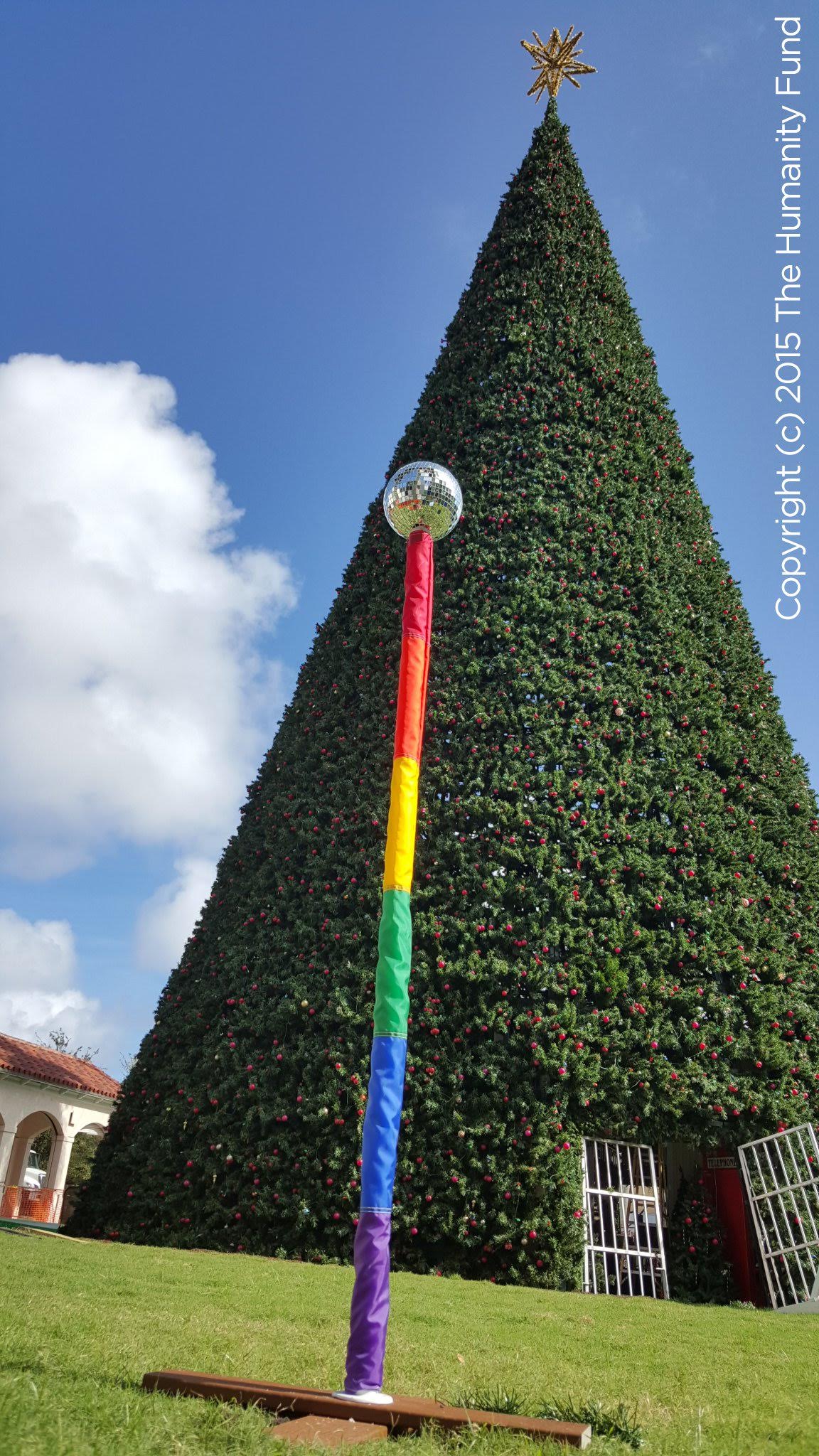 In a press release, several Republicans expressed anger over how someone isn’t worshiping Jesus this month:

“While a lot of us may have liked the Seinfeld series, this effort to mock the celebration of the birth of Jesus, our Lord and Savior, does not illustrate the best judgment of those who manage our state Capitol,” said state Rep. Lewis Moore, R-Arcadia. “To Christians, the rainbow is God’s promise not to destroy the earth again by flood, as found in Genesis 9:12-17. This sacrilegious symbol wrapped in the gay rights flag, is not respectful of God or the many visitors, including children, who arrive by the school-bus load during this time of year to celebrate the peace and joy and remembrance of the sacrifice of Christ for our sins.”

Moore said the display, approved by the Office of Management Enterprise Services (OMES), is a slap in the face of every Christian in Oklahoma. According to an attorney representing OMES, the display, “met the criteria” for displays to be placed in the rotunda of the Capitol and that it is a matter of “free speech.”

“Just because something meets the legal criteria, doesn’t mean that it is wise to approve every request,” said state Rep. David Brumbaugh, R- Broken Arrow. “This is just another example of the continued war on Christmas. The people who approved this should have exercised better judgment.”

Many representatives have received angry calls from constituents who want our State Capitol to be free of displays or artwork that do not glorify God, said state Rep. Bobby Cleveland.

“In the most holiest of season for Christianity and Judaism, it is almost inconceivable that we could have a secular demonstration on the Capitol grounds,” said Cleveland, R-Slaughterille. “While I certainly recognize and applaud the concept of free speech, this basically is a slap in the face of this most sacred season for the great majority of Oklahomans. After we have taken down the Ten Commandments monument from the Capitol grounds, I am certainly not endorsing the replacement with secular humanists to come and shove it in the face of Oklahomans.”

“Americans are experiencing an increase in hostility and intolerance toward our Christian beliefs,” said Bennett, R-Sallisaw. “If Christians put up something antithetical to Islam, atheism, etc., during one of their most holy days, we would be attacked by the other group and there would be a demand to stop. It seems that we are free to be a Christian as long as we don’t live out our faith, vote our faith, take a stand in relation to our faith or believe others should embrace our faith. I’m standing for my faith and Christianity. This gay pride symbol should not be allowed to stand. Oklahomans should be outraged and call on the gay symbol to be removed.”

The lawmakers said they, and many of their colleagues, hope that the display will not be put up and that the administrative rules would be reviewed to encourage better judgment in the future.

Guess what? Christians don’t own the state capitol and plenty of Oklahomans don’t celebrate a religious holiday this time of year.

You think a Festivus pole is disrespectful of Christians? What about a symbol that suggests everyone who doesn’t worship the Christian God is doomed to eternal damnation? At least the Festivus pole doesn’t pass judgment on anyone. The Christian myth, on the other hand, is antithetical to Islam, atheism, and everyone else.

Also, someone please tell me how a rainbow-colored pole will offend children.

If the lawmakers feel so strongly about this, there’s a simple solution: Just put a stop to all holiday displays in the Capitol. No Festivus pole. No Nativity scene. No one offended by anything. Otherwise, this press release is nothing but an extending whining session from lawmakers who aren’t used to Christian privilege being challenged.

Where are the Satanists when you need them? The State Capitol looks like it could use a Baphomet display right about now. Anything to keep pressing the buttons of these selfish legislators who are unable to recognize that religious freedom isn’t just limited to Christians.