Town Rejects Solar Farms After Complaints That They Would “Suck Up All the Energy from the Sun” December 13, 2015 Hemant Mehta

***Update*** (12/18/15): While the quotations below are accurate, the town has put out additional information saying that they rejected the solar farms for reasons other than public ignorance of the science behind them. They also have a few solar farms in the area already.

One of the reasons skeptics fight so hard to defend science education is because we recognize the value of understanding the basics of the subject. You don’t have to be an expert to realize the consequences of science illiteracy. When one of the GOP frontrunners is a brain surgeon who believes in Creationism, we have problems.

That’s why it’s frustrating to hear that the Woodland Town Council in North Carolina rejected a solar panel farm in part because of how badly people in the community understood what that meant. 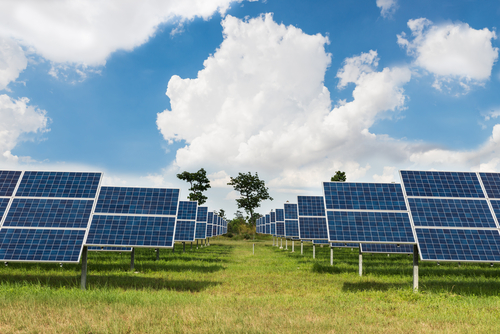 [Jane Mann] is concerned that photosynthesis, which depends upon sunlight, would not happen and would keep the plants from growing. She said she has observed areas near solar panels where the plants are brown and dead because they did not get enough sunlight.

She also questioned the high number of cancer deaths in the area, saying no one could tell her that solar panels didn’t cause cancer.

Bobby Mann said he watched communities dry up when I-95 came along and warned that would happen to Woodland because of the solar farms.

He said the solar farms would suck up all the energy from the sun and businesses would not come to Woodland.

The town later rejected the solar farm proposal 3-1, before declaring “a moratorium on future solar farms.”

Jane Mann, by the way, is a retired science teacher.

December 13, 2015
Franklin Graham Trashes Atheist Billboard, Then Says Christianity Is "Not About Being Good"
Next Post