Bill Nye Weighs in on the Star Trek vs. Star Wars Debate

We already know where Neil deGrasse Tyson stands on the Star Wars/Star Trek debate, at least when it comes to the vehicles in both.

So you know Bill Nye had to be asked which series he preferred (the video’s at Rolling Stone‘s website): 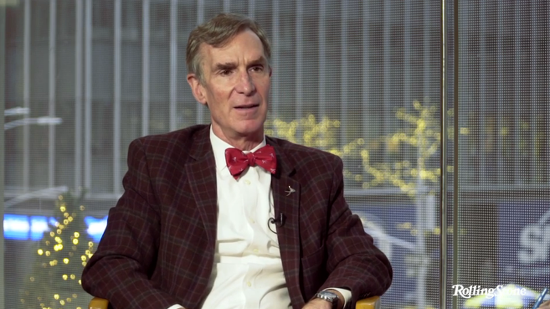 Some of my best friends like Star Wars. Star Wars had the Force. And it’s really about family conflicts. And it’s Shakespearean… but in Star Trek, it’s an optimistic view of the future with science. Anti-matter contained in magnetic fields, which is physics, which is a real thing. But in Star Wars, it’s just magic… The Force is like a ghost or magic or religion… There’s an invisible thing that has superpowers… but in Star Trek they didn’t do that.

I love that revulsion to the “magic” in Star Wars, as if that’s what makes the whole premise completely implausible.

December 14, 2015 If Biblical Miracles Had Scientific Explanations
Browse Our Archives
What Are Your Thoughts?leave a comment