When This Christian Watched the Ken Ham/Bill Nye Debate, His Faith Began Fading Away

Sal Villarreal helped found the Secular Latino Alliance and has a great post about his personal journey up at Medium.

Maybe the most eye-popping part of his piece is that he was a Christian trying to help his wife remain equally devout, when he saw that Ken Ham and Bill Nye would be debating Creationism vs. Evolution. He thought that conversation would be the perfect way to convince her that religion and science were indeed compatible.

Then he heard Ken Ham talk. 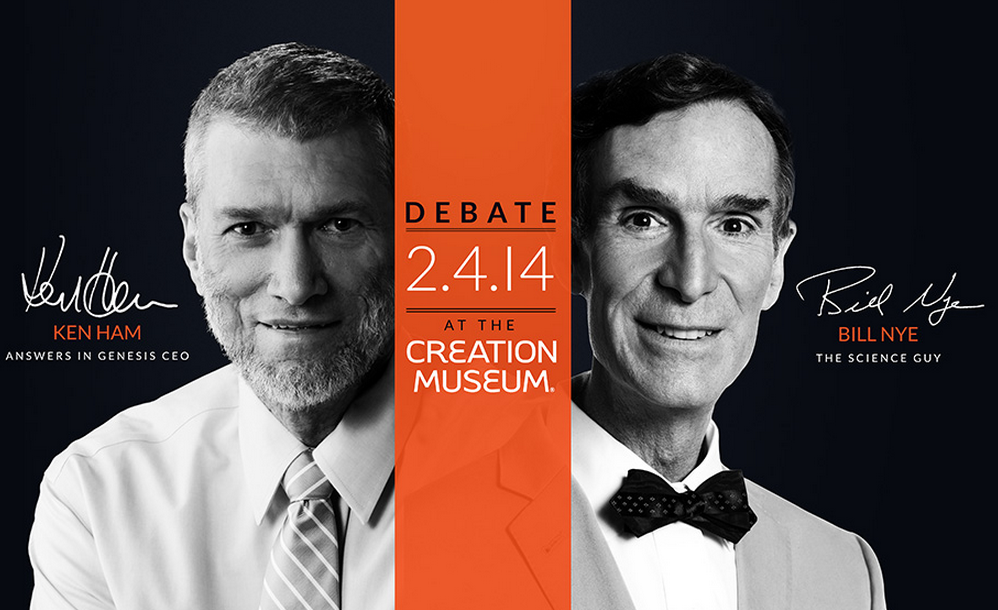 We watched the debate, and when it was over, I was dumbfounded. Ken Ham, whom I had been rooting for going into it, was (in my opinion) an idiot. How could he be denying so much of what science had to say about our existence, when there, right there, was the clear and scientifically backed evidence? He just kept going back and saying “I have this book”, which clearly wasn’t scientific and didn’t refute a single idea that Bill Nye presented to him. It was then that I realized that the church that helped me “find Christ” believed the same way that Ham did. They rejected the science of evolution, and believed in a literal 6 day creation and a 6 thousand year old Earth. I had just ignored it before.

I walked away from that debate with not only doubt, but with a desire to cast aside Christianity and a belief in god altogether…

The debate wasn’t the final straw. But the dominoes had started to fall. Be sure to read how that played out.