Bob Scott, the new mayor of Franklin, North Carolina, made it a point to take his oath on a Constitution instead of a Bible. He told the American Humanist Association, of which he’s a member, that he made the decision because “there is so much controversy surrounding separation of church and state. I am a firm believer in keeping religion and government separate.” 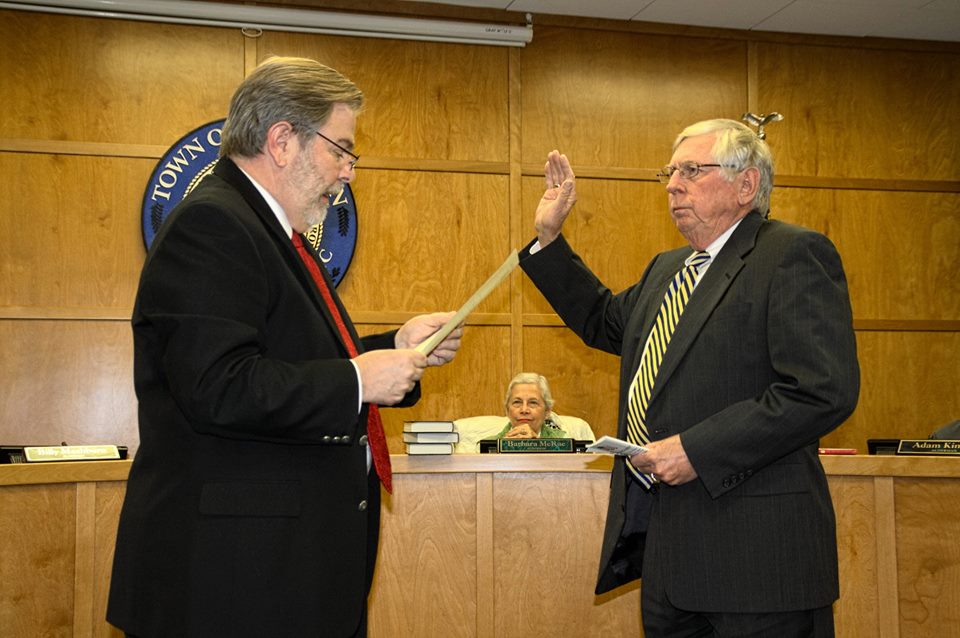 This should not be news.

A politician taking an oath of office on the Constitution should not be news.

Unfortunately, that’s the country we’re living in, where a politician pledging to uphold the law instead of pledging allegiance to his personal holy book somehow makes him a political unicorn.

December 12, 2015
We All Owe Ben Carson an Apology
Next Post

December 12, 2015 High School Football Players Who Don't Understand the Law Defend Their Praying Head Coach
Browse Our Archives
What Are Your Thoughts?leave a comment