You may have heard about the new “Be good for goodness’ sake” atheist billboard that American Atheists has put up in Raleigh, North Carolina and Colorado Springs, Colorado.

Well, so did Deborah Hamilton at Charisma News. And she wasn’t pleased. At all. This rather innocuous billboard, to Hamilton, is anything but innocuous:

It’s a tradition almost as regular as Christmas trees, cookie baking and candlelight church services — the emergence of the annual atheist-driven billboards that mock Christianity and the birth of Christ.

The newest has popped up this year in Colorado and North Carolina, depicting Santa Claus with a secretive finger drawn to his lips. He sends the message: “Go ahead and skip church! Just be good for goodness’ sake. Happy Holidays!”

I’m not sure how she gets that this is mocking the “birth of Christ,” Christianity, or anything of the sort. Sure, a Christian likely won’t agree with the idea of skipping church, but one would think that believers and non-believers could at least find common ground on being good for goodness’ sake, right?

Her reaction, though, is downright tame in comparison to the responses of those she quotes in the piece:

“These annual attempts to draw people away from the church and away from Christ at Christmas continue to be both disrespectful and intolerant of those with deeply held beliefs,” [Dr. Alex] McFarland says. “We know that many seek out Jesus at Christmastime, as they are invited to church by family and friends who are concerned for their souls. Perhaps like no other, Christmas is a time to join the family of God, and when others say it’s silly, stupid or make-believe to consider Christianity, it belittles the true intent of the season.”

…the billboards are the epitome of intolerance, says apologist and founder of Reshift Ministries Jason Jimenez, who as a ministry partner of McFarland’s. Together, they address America’s youth at “Stand Strong” Tour events throughout the country.

“To deny Jesus’ existence and tell people it’s not necessary to step foot into church at Christmas is the height of intolerance,” Jimenez said. “There’s a constant call for tolerance of all beliefs and lifestyles, except when it comes to Christianity. Alex and I have spent years working in apologetics — defending faith — and have met thousands who are committed to the truth of Jesus Christ. It’s so necessary in today’s culture to be able to combat messages like this — that Jesus isn’t real or isn’t worth our time.”

To McFarland and Jimenez (and, apparently, Hamilton, whose article title also decries the “intolerance” of the “new atheist antichrist campaign”), “intolerance” seems to mean nothing more than “expressing a view I don’t hold.” 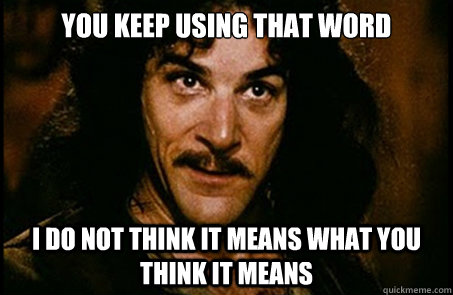 I can’t help but wonder if these people who feel that an atheist billboard is an intolerant attack against them are equally sensitive to the billboards religious people put up all over the place. Like the anti-abortion billboards that line the highways.

Or the religious messages I see all along the highway on my yearly pilgrimages to Whitefish Dunes — including ones that declare my life to be “nothing”: 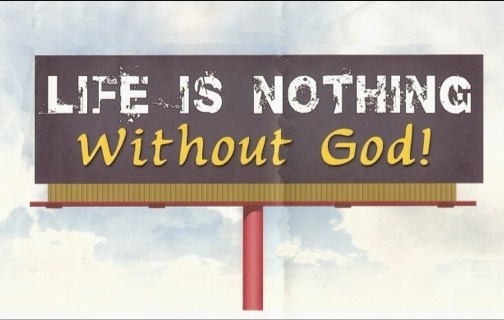 If suggesting on a billboard that you don’t need to go to church to be good is the “height of intolerance”… then what is telling someone their life is worthless if they don’t share your beliefs? That seems significantly less tolerant. Is it possible to be more intolerant than something that’s the height of intolerance?

I’m not sure, but I look forward to seeing these Christians defend the feelings of atheists and non-Christians against these (far more frequent) billboards.

After all, if a couple of atheist billboards are cause for such angst, I can’t imagine how they’ll react to the deluge of religious ones the rest of us routinely encounter.

December 12, 2015 When This Christian Watched the Ken Ham/Bill Nye Debate, His Faith Began Fading Away
Browse Our Archives
What Are Your Thoughts?leave a comment