This is a little weird for me since it’s happening so close to home, but a football coach at Naperville Central High School in Illinois has apparently been praying with his team before games. 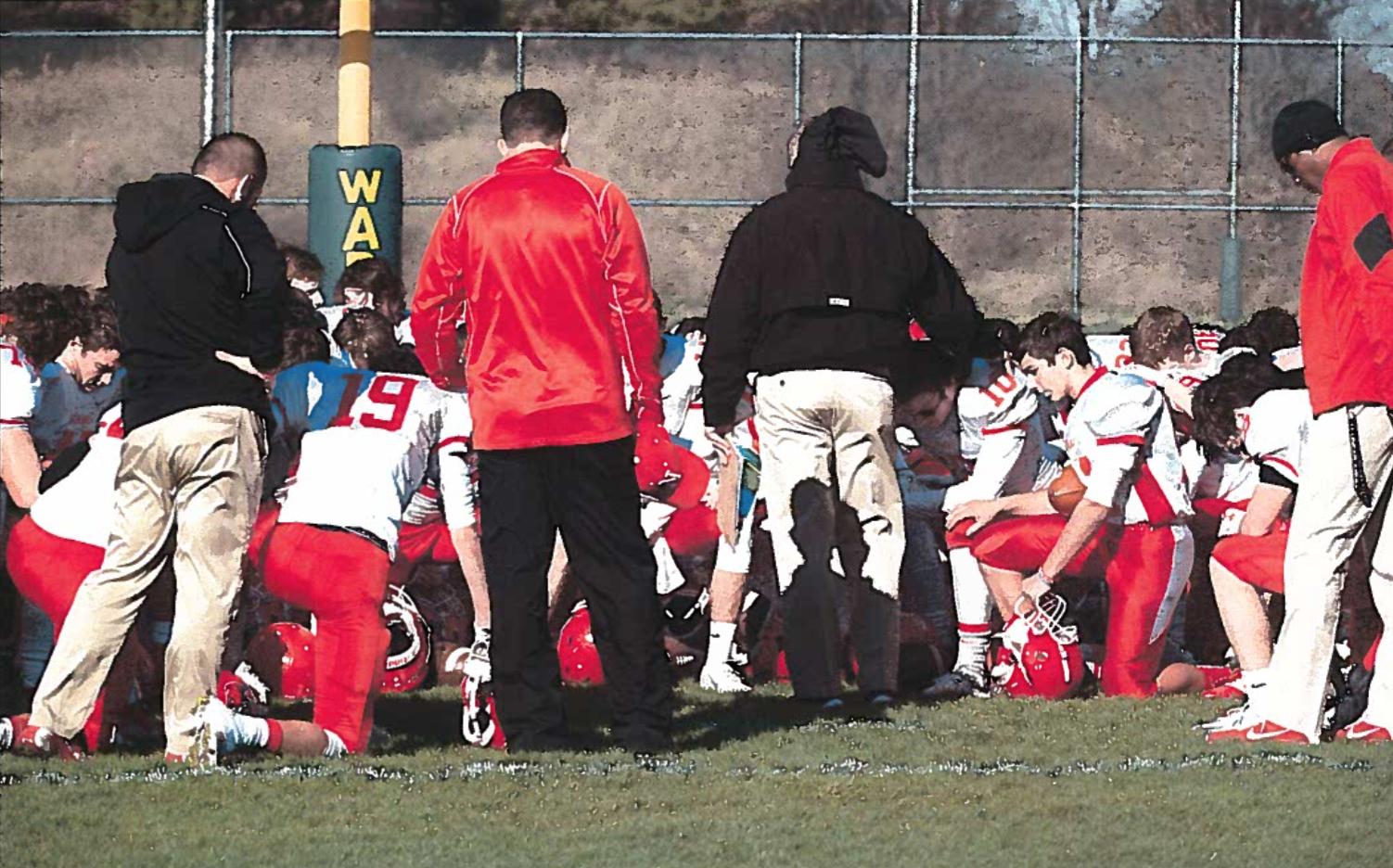 The Freedom From Religion Foundation sent a letter to the District this week asking them to investigate the complaint and take any necessary action.

According to the Naperville Sun,

Michelle Fregoso, the district’s director of communications, on Wednesday would say only”we did receive a letter” from the foundation, “and we’re looking into the matter.”

It’s somewhat unusual because you don’t normally see these stories taking place in the suburbs of Chicago. I’ve lived in and worked in these communities for a long time and they take their football seriously; you don’t normally see (legal) student-led prayers much less (illegal) prayers that the coach is leading or joining.

That said, these schools are about as by-the-book as you’ll ever find. It’s unlikely you’ll see them trying to defend an illegal practice if they discover that it’s going on. We’ll see what their investigation uncovers.

***Update***: Superintendent Dan Bridges told FFRF today that they would put a stop to coach-led prayers:

“Naperville Community Unit School District 203 is aware that a coach-led prayer is not appropriate,” Bridges wrote. “The head football coach has been instructed that neither he nor his staff may lead his players in prayer. This message has been communicated to the athletic directors at both high schools to ensure that this expectation is shared with coaches of all sports at all levels.”

That’s a good first step, but it’s not nearly enough.

Coaches can’t lead or participate in these prayers. Right now, the door is wide open for students to start a prayer while the coaching staff stands right alongside the team. It would add the same coercive pressure that the law was designed to prevent.

So far, Bridges hasn’t responded to that aspect of FFRF’s letter.

December 10, 2015
Atheists Booked Space in the Nebraska Capitol Early, Crowding Out a Nativity Until After Christmas
Next Post