The state of Maryland has fairly loose requirements when it comes to license plates. If you’d like to have one branded by a non-profit organization of your choice, for example, it’s really just a matter of getting the non-profit to fill out all the necessary paperwork.

That’s the process that Ryan Jean began in 2013 when he asked the American Humanist Association if they would go through the motions. Now he and his wife Christine are the proud owners of the first Humanist-branded plates in the state: 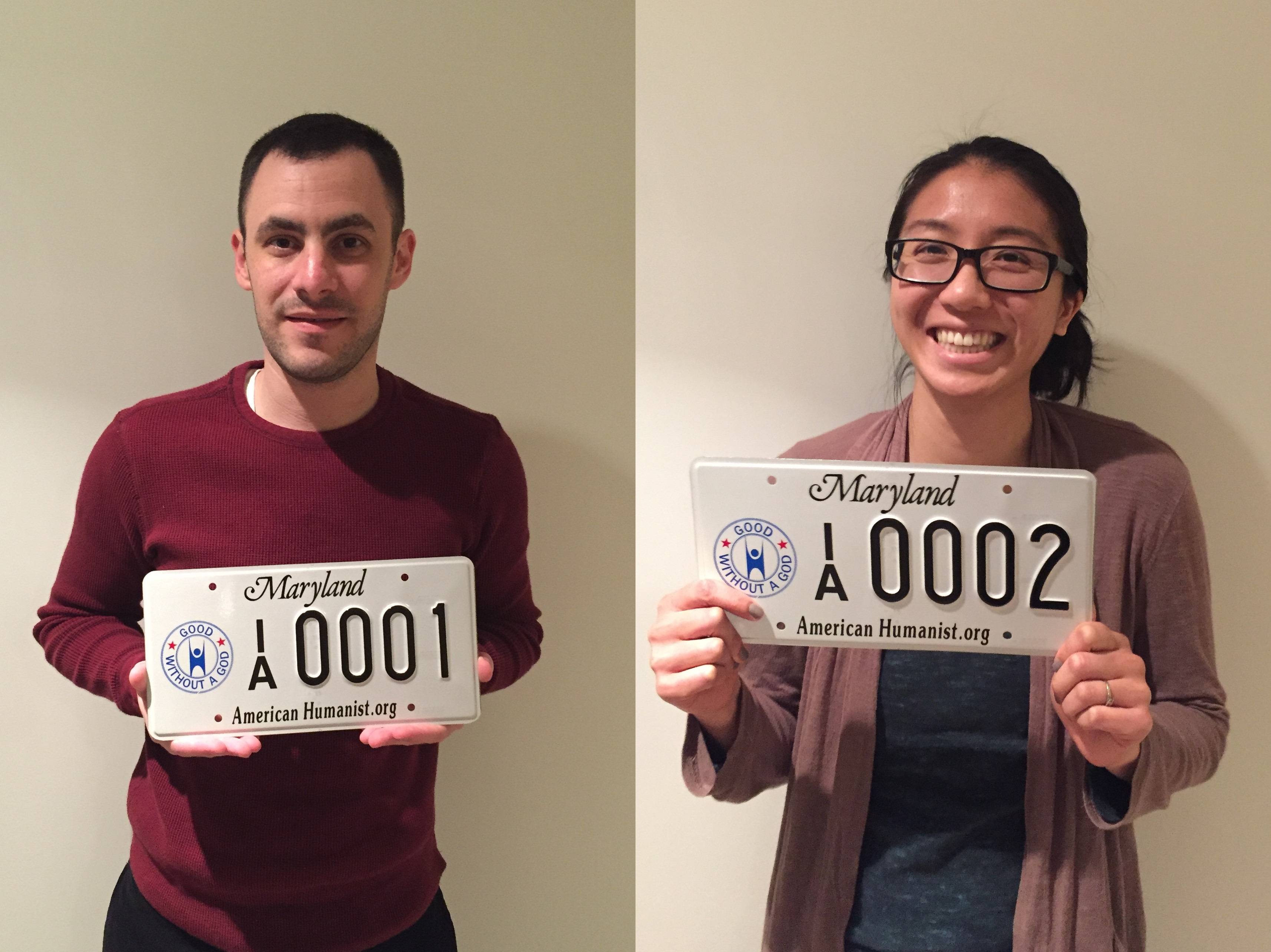 Why did it take so long from proposing the idea to getting the plates? Jean told me the biggest hurdles involved getting the AHA to begin the process, getting a design approved by the state, and (most importantly) finding at least 25 people willing to purchase the plates once they were completed. Jean said it was surprising “how many people express interest or support but won’t put their name down” when push comes to shove. Many hesitated, it seemed, because they were worried about possible vandalism to their cars.

In case you’re wondering why the letters I and A appear vertically on the plate, the AHA had a choice of which unique two-letter combination to use. But since AH and HU were taken, they decided to use the initials of past AHA President (and legendary author) Isaac Asimov.

(Cue all the jokes about how the Humanist plates appear to have a steeple on them.)

Jean added: “My wife told me that now I have to get serious about not driving like an idiot because reputations are attached…”

If you live in Maryland and you’d like these plates for your own car, contact the AHA’s Grassroots and Celebrant Program Coordinator Rachael Berman.