Muslim Who Led Protest Against Critic of Islam Resigns After Tweeting “Homosexuality is a Disease” December 9, 2015 Hemant Mehta

Last week, Maryam Namazie gave a talk at Goldsmiths, University of London that is still being discussed for all the drama surrounding it. 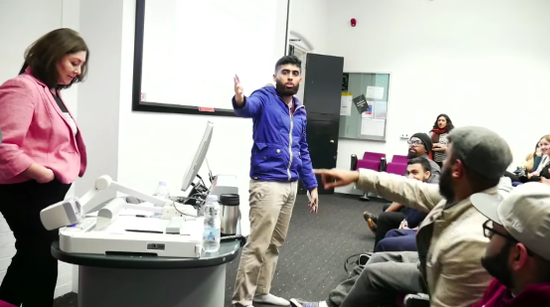 It started last week when the atheist group that invited her there received an email from the President of the Goldsmiths Islamic Society calling Namazie’s presence at the school a “violation to our safe space” and asking that the talk be canceled:

As an Islamic society, we feel extremely uncomfortable by the fact that you have invited Maryam Namazie. As you very well probably know, she is renowned for being Islamophobic, and very controversial.

Just a few examples of her Islamophobic statements, she labelled the niqab- a religious symbol for Muslim women, “a flag for far-right Islamism”. Also, she went onto tweet, they are ”body bags” for women. That is just 2 examples of how mindless she is, and presents her lack of understanding and knowledge about Islam. I could go on for a while if you would like further examples.

We feel having her present, will be a violation to our safe space, a policy which Goldsmiths SU adheres to strictly, and my society feels that all she will do is incite hatred and bigotry, at a very sensitive time for Muslims in the light of a huge rise in Islamophobic attacks.

For this reason, we advise you to reconsider your event tomorrow. We will otherwise, take this to the Students Union, and present our case there. I however, out of courtesy, felt it would be better to speak to you first.

The atheists didn’t reconsider the event — and they shouldn’t have — so Muslims students decided to interrupt her speech instead. Because that’s what you do when your ideas can’t stand on their own merit. (Note the 14:40 and 35:20 marks below.)

What was really appalling to me was that both the Goldsmiths Feminist Society and LGBTQ+ Society joined the Muslim students against allowing Namazie to speak.

So how did that work out for everyone?

Well, it didn’t help that, just a few months ago, the same Muslim student leader who asked for the talk to be cancelled because Namazie was supposedly inciting “hatred and bigotry” went on Twitter to say this about homosexuality: 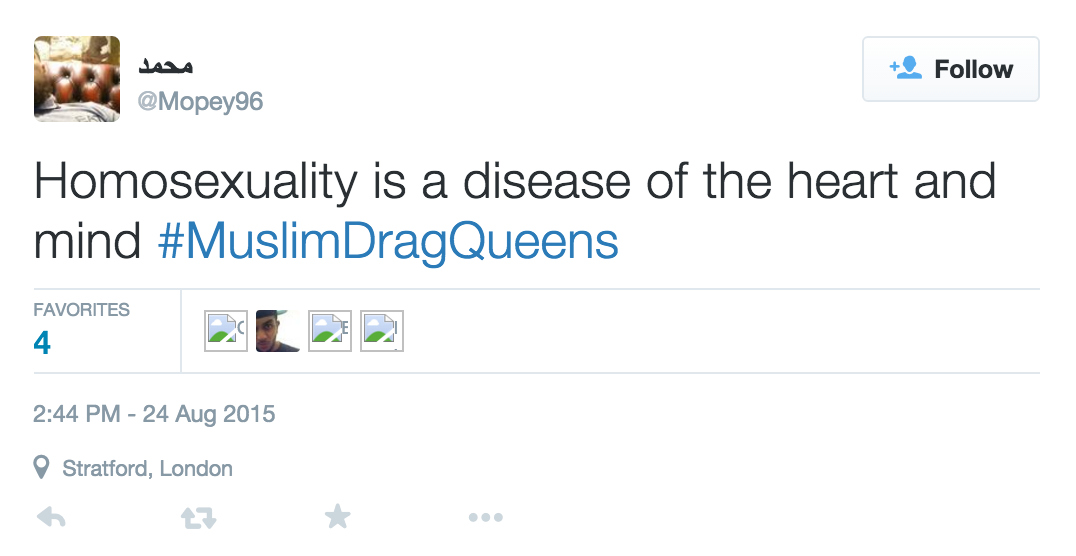 Homosexuality is a disease of the heart and mind #MuslimDragQueens 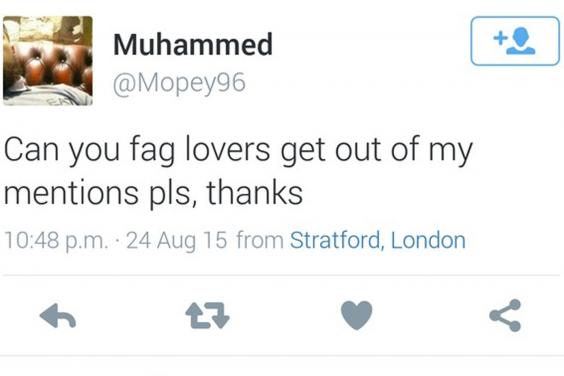 That student, Muhammed Patel, has now resigned from his position. A statement on the Islamic Society’s Facebook page confirmed the decision:

In light of recent allegations attributed to, Muhammed Patel, a meeting was called to discuss a motion of no confidence. Soon after Muhammad tendered his resignation and it was accepted by the committee.

In the interim, the committee will appoint an acting president to serve for the remainder of the academic year.

The committee would like to extend gratitude to all societies on campus specifically the FemSoc and LGBTQ societies’ for their continued support in the face of inaccurate assertions, threats and Islamophobic messages. Hate speech of any kind has no place in our society.

Hate speech is awful!… Unless there’s religious justification for it, I guess.

I’m glad the ISOC no longer has Patel at the helm, but this is hardly a move that demands our applause. It didn’t take any courage to get rid of a leader making baseless homophobic statements. It would have been extremely courageous, however, had they stood up for a critic of their faith.

They had that chance. They blew it. Now they’re doing damage control.

So far, the feminist and LGBTQ+ groups haven’t said anything in defense of Patel. And I don’t expect them to. That alliance fell apart the moment Patel’s tweet made them realize that Namazie’s criticism of certain Islamic beliefs was warranted.