In Court, Planned Parenthood Shooter Calls Himself “Warrior for the Babies”

On November 27th, Robert Lewis Dear attacked a Planned Parenthood facility in Colorado Springs, killing three people and wounding nine others. Despite months of engaging in dangerously inflammatory rhetoric targeting the health care organization, sparked largely by a series of debunked “organ sales” videos that were designed to “destroy” the group, conservatives were anxious to assert that the shooting had nothing at all to do with anti-abortion views.

It was a bank robbery, unrelated to Planned Parenthood, some believed. Even after news broke that the accused killer had told police that he was worried about “baby parts,” Republican Presidential hopeful Ted Cruz tried to tie the shooting to a “transgendered liberal activist.”

Apparently, the shooter missed the memo that this had nothing to with abortion. At a court appearance today, he both admitted guilt and defined his own motives very clearly. 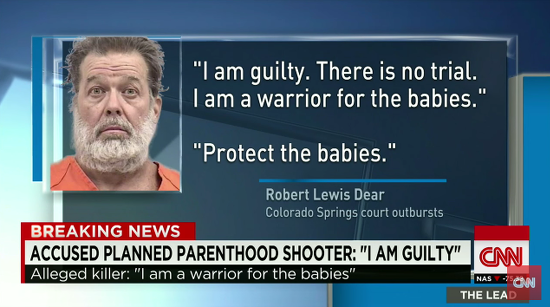 “I’m guilty. There’s no trial. I’m a warrior for the babies,” he yelled at one point. “Let it all come out. The truth!” he yelled at another.

As Judge Gilbert A. Martinez discussed a pretrial publicity order, Mr. Dear shouted: “Could you add the babies that were supposed to be aborted that day? Could you add that to the list?”

This should come as no surprise to anyone. After such herculean efforts to convince the country that legal abortion is government sanctioned murder on a scale comparable to (or worse than) the Holocaust, and that health care providers are baby killers and organ traffickers, it’s not shocking that someone finally believed the “pro-life” rhetoric — and appears to have been willing to kill for it. If nothing else, hopefully Dear’s admission will convince conservatives to finally reconsider that strategy.

It would be the genuinely pro-life thing to do. 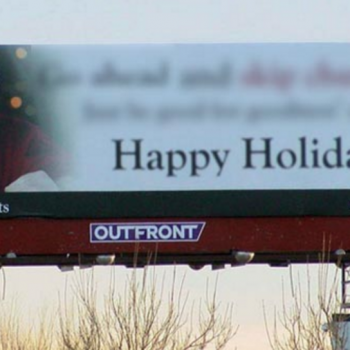