I know there are Christians who read this site. So maybe one of you can tell me why ChurchLeaders.com decided to blur out part of American Atheists’ new billboard: 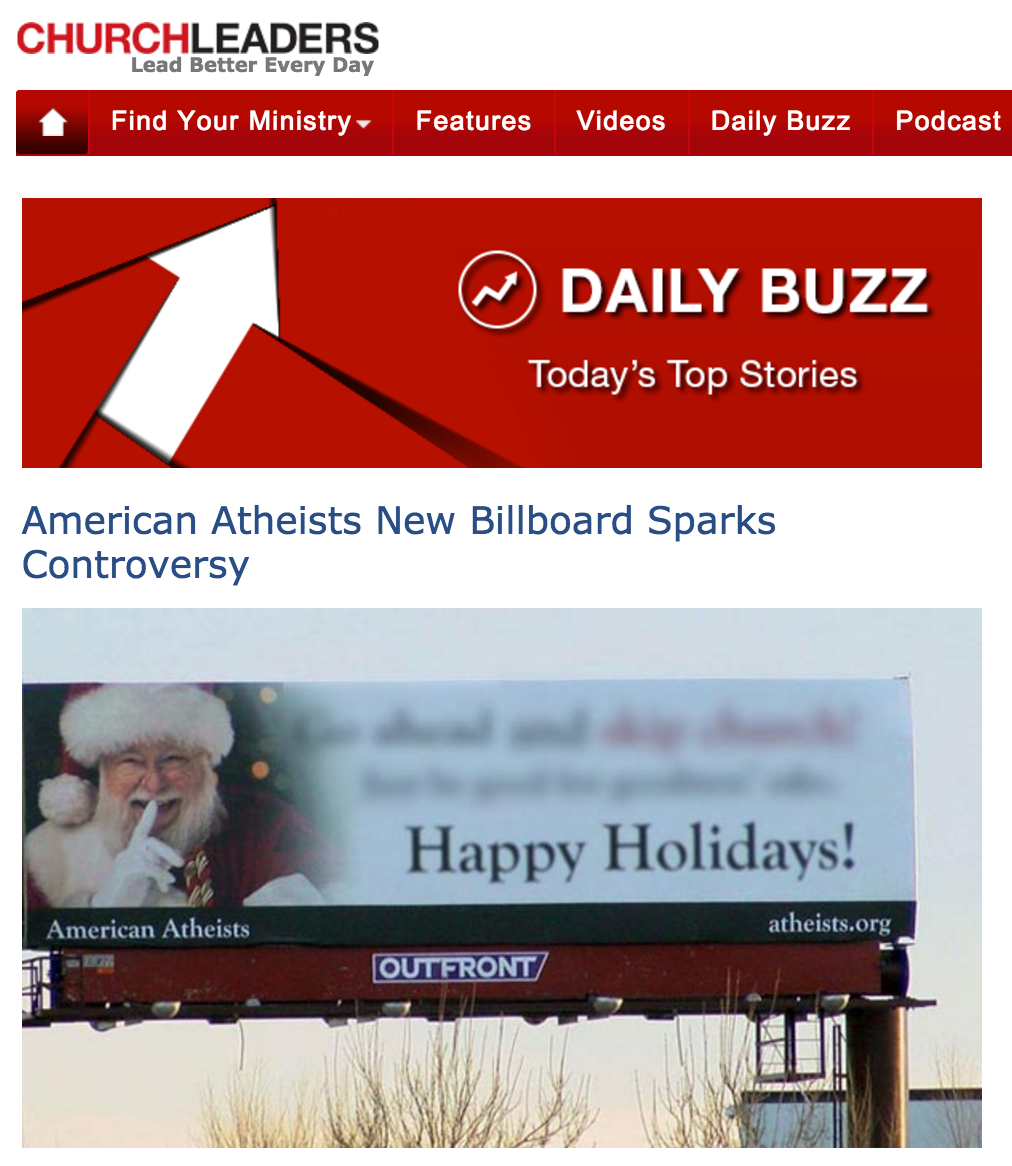 It’s not like they blurred out anything controversial… You can see the actual billboard right here:

Go ahead and skip church!
Just be good for goodness’ sake.
Happy holidays!

And what the hell is so wrong about telling people to “Just be good for goodness’ sake”?

If anything, you’d think “Happy Holidays” would be the one part of that sign they’d take offense to!

To make matters more confusing, the Christian website published a complete, uncensored picture of the billboard in the very same article. It’s like bleeping out the first instance of the word “fuck” on a television show, but letting all the other f-bombs proceed as scripted. I don’t get it.

The only rationale I can imagine for doing that is they wanted the blurred picture to be the one that appeared on Facebook — since a lot of algorithms automatically use the top-most image when creating a post. But if that’s the case, it still doesn’t make any sense since readers would see the billboard message the moment they clicked on the article.

Help me understand this, please? Anyone?

December 9, 2015 In Court, Planned Parenthood Shooter Calls Himself “Warrior for the Babies”
Browse Our Archives
What Are Your Thoughts?leave a comment