Bryan Fischer of the American Family Association has a problem with Donald Trump‘s plan to ban Muslims from entering the country: He doesn’t think it goes far enough.

On his show yesterday, Fischer explained that we also need to get the Muslims who are in the country out of the country. And if we need to pay them to leave, so be it: 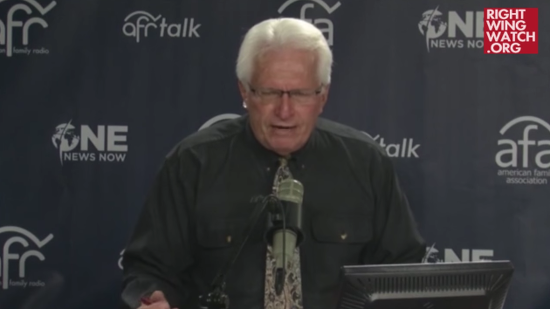 Ask Muslims in the U.S. what values they hold and what religious principles they have, and I promise you their answers will be virtually indistinguishable from Christians — and atheists, for that matter. They won’t all be in lockstep, but they sure as hell won’t be rooting for Sharia Law, death for “infidels,” or whatever other things Fischer assumes all Muslims want.

If they wanted to be in a Muslim country, they would be there already. They live in the U.S. because this is where they want to be. This is their home.