After Removing Christian Crosses from Wall, Arkansas Government Officials Put Them Right Back Up

Last month, the Freedom From Religion Foundation sent a letter to the Craighead County Assessor’s Office in Arkansas regarding a violation of church/state separation. If you visited the office, there were Christian crosses everywhere: 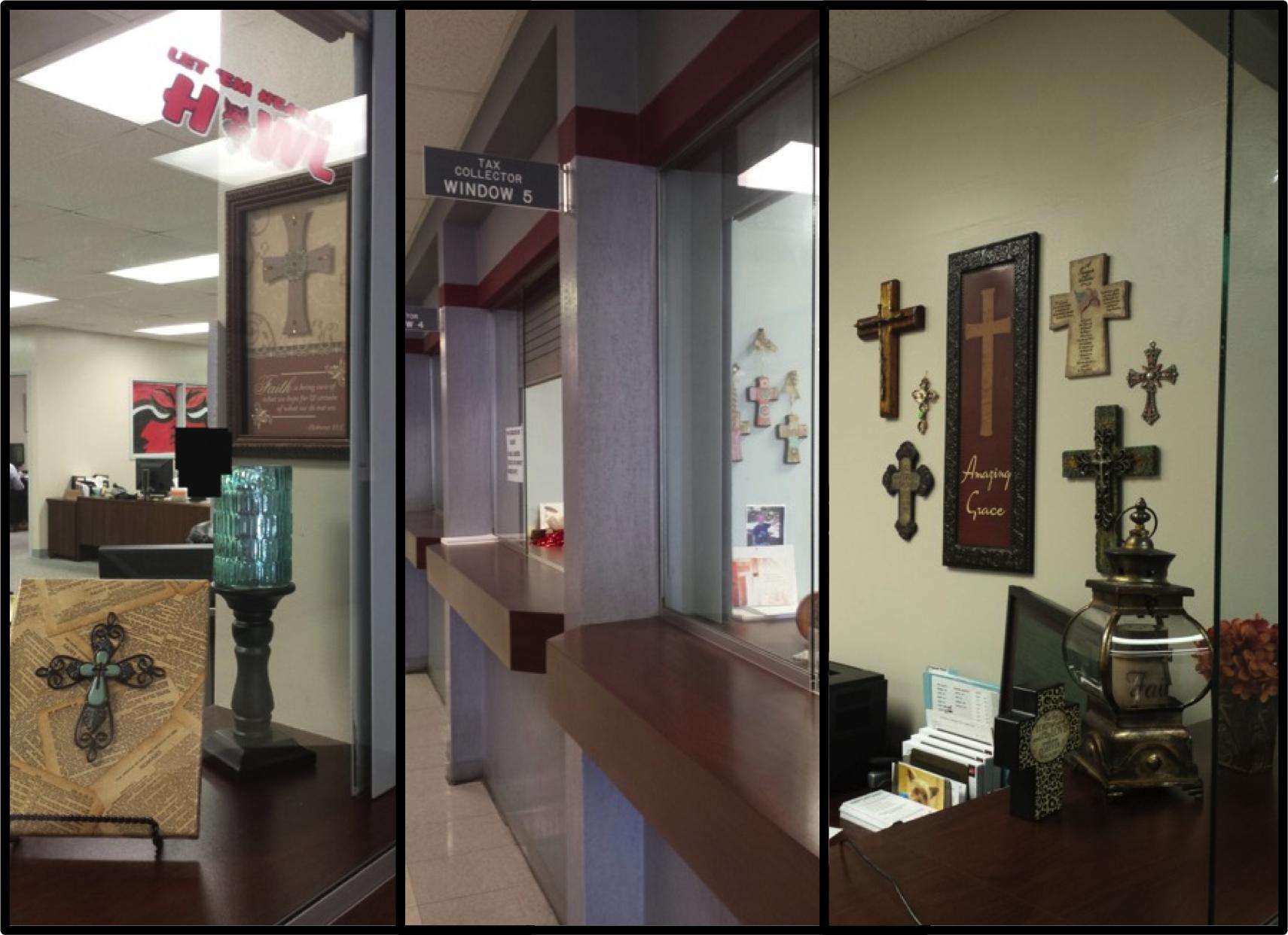 The crosses are in public view. One is inscribed with a bible verse, John 3:16, and adds at its base, “He loves. He gave. We believe. We live.”

In case it’s not obvious, all of that sends a message that the local government gives preference to Christians over non-Christians. Employees can call it a personal display all they want, but those who walk into the office would know where they stand. FFRF also had the legal system on their side when it came to explaining why this was not permissible. That’s why the office eventually complied and took the religious symbols down.

So what’s the problem now?

That picture I posted above isn’t from November. It’s from last week. Apparently, when the TV cameras disappeared and FFRF appeared satisfied that this problem had been resolved, the workers at the office figured it would be okay to put their crosses back up.

They felt that way because a local court supported their decision to have those symbols up in the first place, saying “public service employees do not forfeit their constitutional rights by working in a public office.”

Bullshit. They absolutely do. Just as we saw with Kim Davis in Kentucky, when you’re acting as a government representative, you don’t get to push your beliefs on others. The same rule applies to teachers, judges, and politicians. This local Quorum Court was completely out of line in saying it was okay to promote religion in a government office.

All of this prompted another letter from FFRF.

“When the government is an employer, it surely has an interest in regulating the speech of its employees while they are acting within their government role,” [FFRF Senior Staff Attorney Rebecca Markert] said. In addition, the “government has a greater interest in controlling what materials are posted on its property than it does in controlling the speech of the people who work for it,” Markert wrote, citing a federal appellate court decision.

“This elaborate display of multiple crosses with multiple religious messages and biblical verses certainly gives an impression of the County’s endorsement of Christianity,” said Markert. “The Quorum Court’s resolution also furthers that impression of endorsement.” The letter demands that the county remove the display immediately.

How many times does FFRF have to remind people at this office how the law works before they comply? It shouldn’t take a lawsuit to force their hand of people who should really know better.

December 9, 2015
In Court, Planned Parenthood Shooter Calls Himself “Warrior for the Babies”
Next Post