Matt Barber Says Christian Terrorists Don’t Exist, Despite All the Examples to the Contrary

Who gets to define what a “True” Christian is?

It’s a silly question, really, because fundamentalist and progressive Christians fall under the same religious label, and both sides could easily point to various verses in the same holy book to justify their interpretation of it. It just depends who you ask. There are Christians who perform abortions and Christians who kill abortion doctors. There’s Barack Obama and Ted Cruz. Turns out Christianity, like every major religion, is just a big umbrella.

But when it comes to declaring who’s a “True Muslim,” conservative commentator Matt Barber (below) knows exactly who fits the mold: It’s the people who kill in the name of Islam who are the real followers of the faith. Everyone else is just ignoring their holy book: 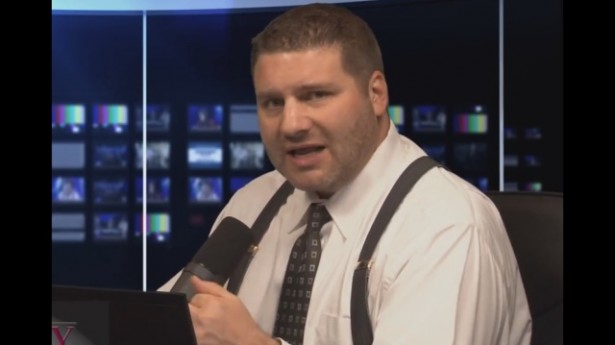 Muhammad taught, and the Quran stresses, that a central tenet of Islam is to convert, enslave or kill the infidel. An infidel is anyone who is not Muslim or, depending on who’s doing the killing, belongs to a different sect of Islam. Those who fall into that elusive, perpetually mute category tagged “moderate Muslim” are also infidels or “idolaters.” They’re bad Muslims, and, so, according to the Quran, not Muslims at all.

It’s true that the Qur’an says those things. I get genuinely frustrated by people who refuse to acknowledge that fact. At the same time, I’m well aware that most Muslims could give you reasons for why those rules no longer apply (e.g. they’re taken out of context). To say that they’re “bad” Muslims because they’re good people is absurd.

Many of us would say the exact same thing about Christians. The Bible says plenty of awful things, and most Christians don’t follow those verses literally, so how is that any different?

More to the point: There have been Christian terrorists who were motivated to kill because of their faith. It’s not nearly as frequent, but that’s the same damn thing, isn’t it?

… it’s no surprise that there have been nearly 27,500 terrorist attacks worldwide committed by faithful Muslims since 9/11.

There have been zero committed by faithful Christians.

Indeed, while many may claim to be “Christian,” the word only applies to those who are justified in Christ, spiritually reborn and regenerated through the supernatural work of the Holy Spirit. The true Christian walks in Christ’s steps through faith and obedience.

Terrorism is in direct disobedience to Christ.

In other words, you’re a Christian only up until the point you kill someone. But Muslims aren’t allowed to use the same argument because their holy book says some nasty stuff. Even though the Bible says a lot of equally nasty things.

What a simple way to disavow any violence done in the name of your faith!

This method of illogical thinking is so awful, we have a name for it: The No True Scotsman fallacy. In case you need a refresher, it works like this:

You say: Christians would never kill.

I give you an example of a Christian who kills.

You say: Well, that person’s not a “true” Christian.

You don’t get to exclude people from your group the moment someone disproves your argument. Barber shouldn’t get to claim Dear wasn’t a Christian just because he made Christians look bad. But that’s exactly what he does, while simultaneously refusing to grant Muslims the same leeway.

It’s despicable. And it’s exactly the sort of unreasonable thinking we’ve come to expect from the Christian Right.

December 7, 2015 Anti-Abortion Activist Says Goal of Sting Videos Was to "Destroy" Planned Parenthood
Browse Our Archives
What Are Your Thoughts?leave a comment