On Sunday night, President Obama delivered a speech from the Oval Office in which he talked about our nation’s response to terrorism and what Congress must do in the weeks ahead to curb gun violence.

And yet, all Creationist Ken Ham took away from that speech was that the President wasn’t sufficiently pious. By not preaching fundamentalist Christianity to the nation, Ham implied, Obama was allowing terrorism to thrive. 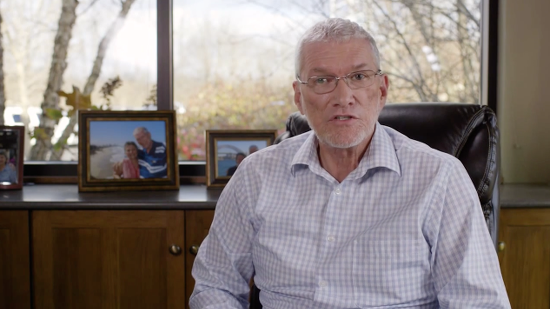 Sadly, our President, even though he stated last night that he wants God to bless America, will not acknowledge the Creator God of the Bible — in fact, he has done the opposite: actively supported the removal of the one true God from the public arena. His belief in this regard was seen, for instance, in the recent lighting of the national Christmas tree in Washington, DC, when the President began his speech by saying “happy holidays” — twice.

So the problem with Obama’s speech is that he said “God bless the United States of America”… but he didn’t really mean it?

And, as we all know, Jesus gets re-crucified every time someone says “Happy Holidays.”

Ham also went after the President’s support of tolerance, inclusivity, and women’s rights:

Furthermore, the President mocks God’s design for marriage, and endorses a gross sin of gay “marriage” and homosexual behavior. He has endorsed the lie of a false doctrine in regard to marriage.

And the President has helped this nation be “defiled with blood.” He has condoned the murder of millions of children in their mother’s wombs. The same President who said “God bless the United States of America” on Sunday night actually said this in July: “God bless Planned Parenthood.” In other words, he asked God to bless the biggest child-murdering machine in America! Will God ever bless a nation that is so guilty of defiling this land with the shed blood of millions of children?

The President can talk about the threat of continued terrorism all he wants. But unless this nation deals with gross sin that permeates the culture, I sadly predict that this nation will not see the end of terrible tragedies, like terrorism.

Whatever the solution to terrorism is, I promise you that curtailing the civil rights of Americans to love one another and control their own bodies isn’t going to prevent radical Muslims from acting on their beliefs.

Ham is entirely out of his league here. He has nothing useful to say about Obama’s speech, so he uses it as a backdrop to talk about his own despicable agenda. It’s not a “response to the President” in any meaningful way. It’s just a video that Ham can’t get anyone to watch unless he pretends there’s some relevance to it.

December 7, 2015
How Exactly Would Donald Trump's Plan to Ban Muslims from Entering the U.S. Work?
Next Post