If the Air Force Academy Football Team Prays Before Games, Is That Government Promotion of Religion? December 3, 2015 Hemant Mehta

If the Air Force Academy Football Team Prays Before Games, Is That Government Promotion of Religion?

When it comes to football games, even atheists have said that athletes are allowed to pray on their own before a game.

But when we’re talking about the U.S. Air Force Academy, though, the rules are a little different. That’s because the students are technically conducting official government business at all times — even during a football game and even during their practices. When they pray publicly, then, they’re promoting a particular faith. 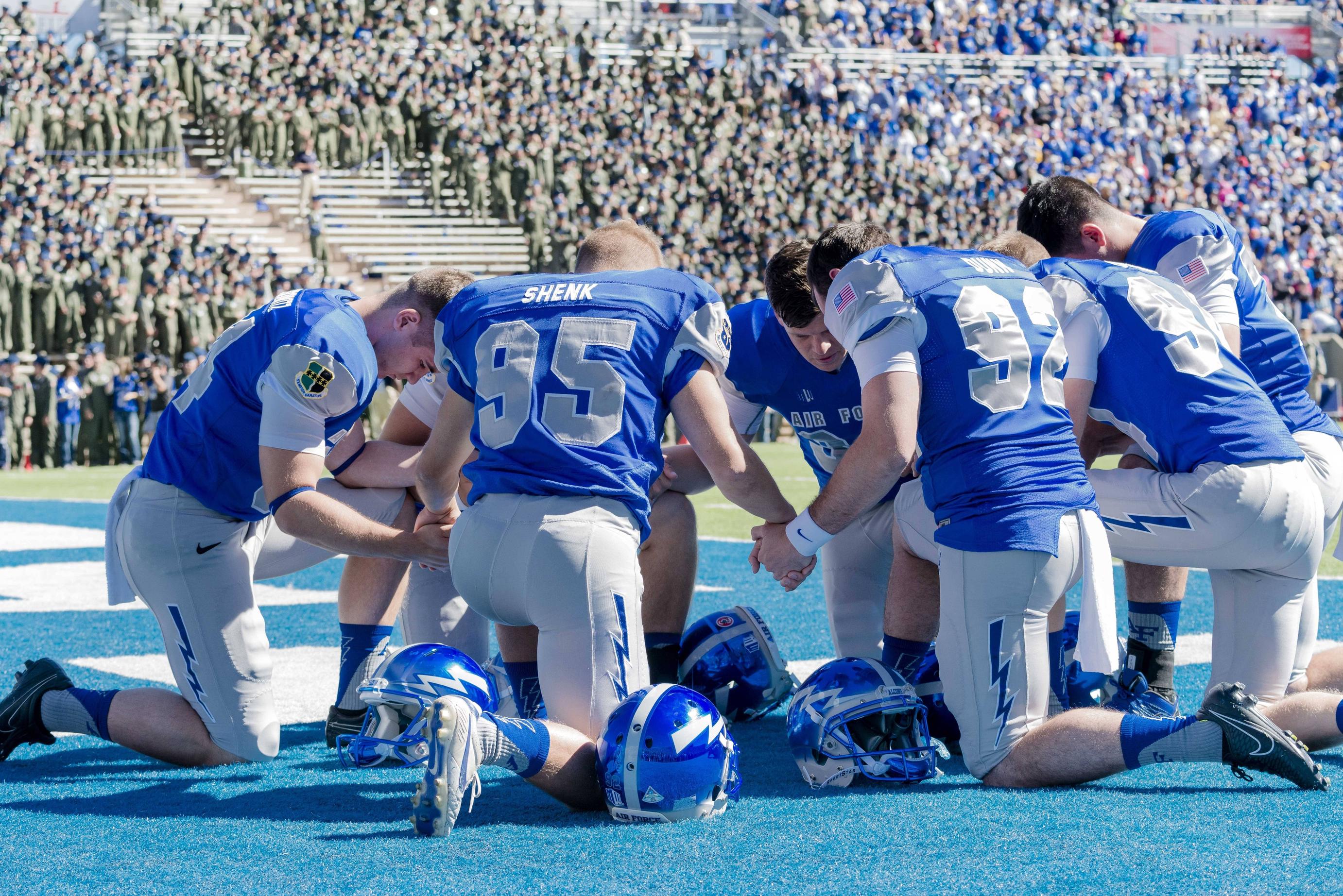 Mikey Weinstein of the Military Religious Freedom Foundation is taking issue with the “Tebowing” taking place before games, as in the picture above:

Weinstein is understandably astonished this has been allowed to continue, especially considering the players are considered on duty for the military while in their football uniforms, and all home games are required formations for cadets. So we have the military representing to the world that Christianity is the nation’s religion.

Weinstein issued this comment to the Colorado Springs Independent:

You know, the Air Force Academy has strict prohibitions against “PDA” or “public displays of affection” by its cadets, faculty and staff. You’re not even allowed to be caught holding hands in public with one’s girlfriend or boyfriend, significant other or spouse. Given its horrific record of unconstitutional, abhorrent church-state violations scandalously spanning multiple decades now, it’s quite obvious that USAFA has NO such prohibitions on “PDR” or “public displays of religiosity”.

Indeed, apparently the only allowed, or maybe I should say “encouraged” PDA is holding hands in public with Jesus.”

So far, the AFA hasn’t said if they will allow the practice to continue this weekend when the team plays in the Mountain West conference title game.

December 3, 2015
Georgia Sheriff Who Put Up "Politically Incorrect" Sign is Now Selling T-Shirts with the Message
Next Post