Remember Harris County, Georgia Sheriff Mike Jolley? He’s the guy who says non-Christians aren’t welcome in his community and put up a sign outside his office to show it: 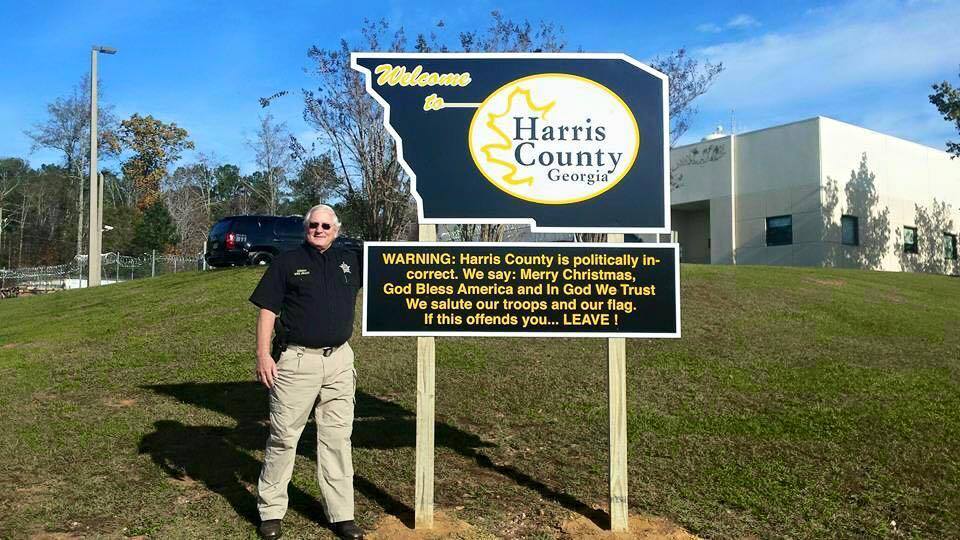 If that weren’t bad enough, Jolley is now selling t-shirts with the message. A link to purchase the shirts can be found on the official county sheriff’s website. 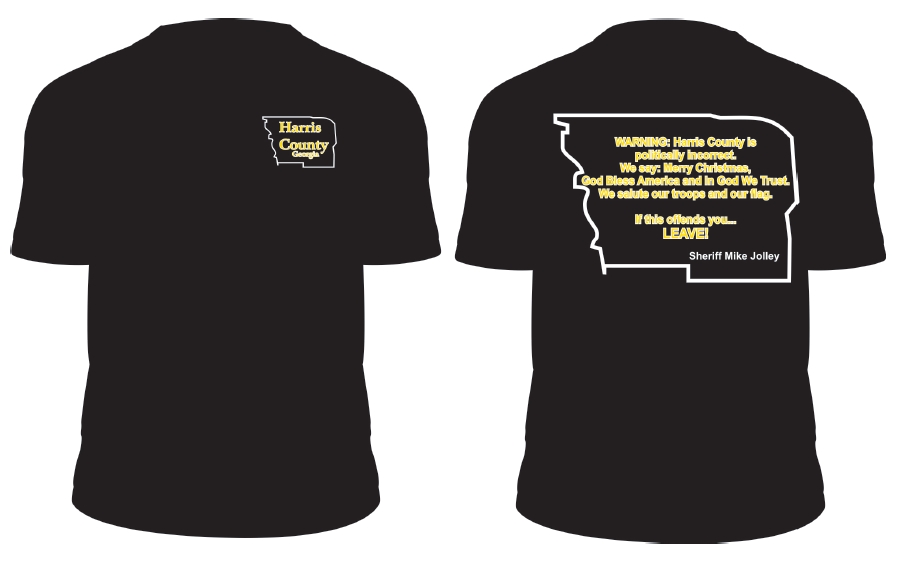 The American Humanist Association’s Appignani Humanist Legal Center says that all of this is a constitutional violation and needs to end immediately:

“Far from being a politically incorrect joke, the Harris County sheriff’s sign and t-shirts are an egregious violation of the Establishment Clause,” said Monica Miller, senior counsel at the Appignani Humanist Legal Center. “Many local citizens object to the divisive message of the sign and t-shirts, which send a disturbing message of intolerance.”

“This sheriff is a bully, using his position of power to intimidate those who don’t accept his inherently discriminatory ‘God and Country’ rhetoric,” said Roy Speckhardt, executive director of the American Humanist Association. “But in our great country, government doesn’t have the right to exclude members of the community just because they don’t follow the dominant faith.”

The AHA says its latest letter to local officials marks the final warning before they file a lawsuit against the county. So far, Jolley hasn’t responded, maybe because he’s too busy basking in local popularity.

December 3, 2015
Arkansas Has a Ten Commandments Monument on Capitol Grounds, So Why Not a Festivus Pole?
Next Post