What percentage of people in your country have no religious affiliation?

In the United States, it’s approximately 16%.

And yet, when people were asked what they thought the percentage was for a new survey by Ipsos Mori, they guessed an astonishingly high 40%.

A huge overestimate. And it wasn’t just the U.S. either. In country after country, citizens assumed the percentage of religiously unaffiliated people in their nation was much higher than it actually was. 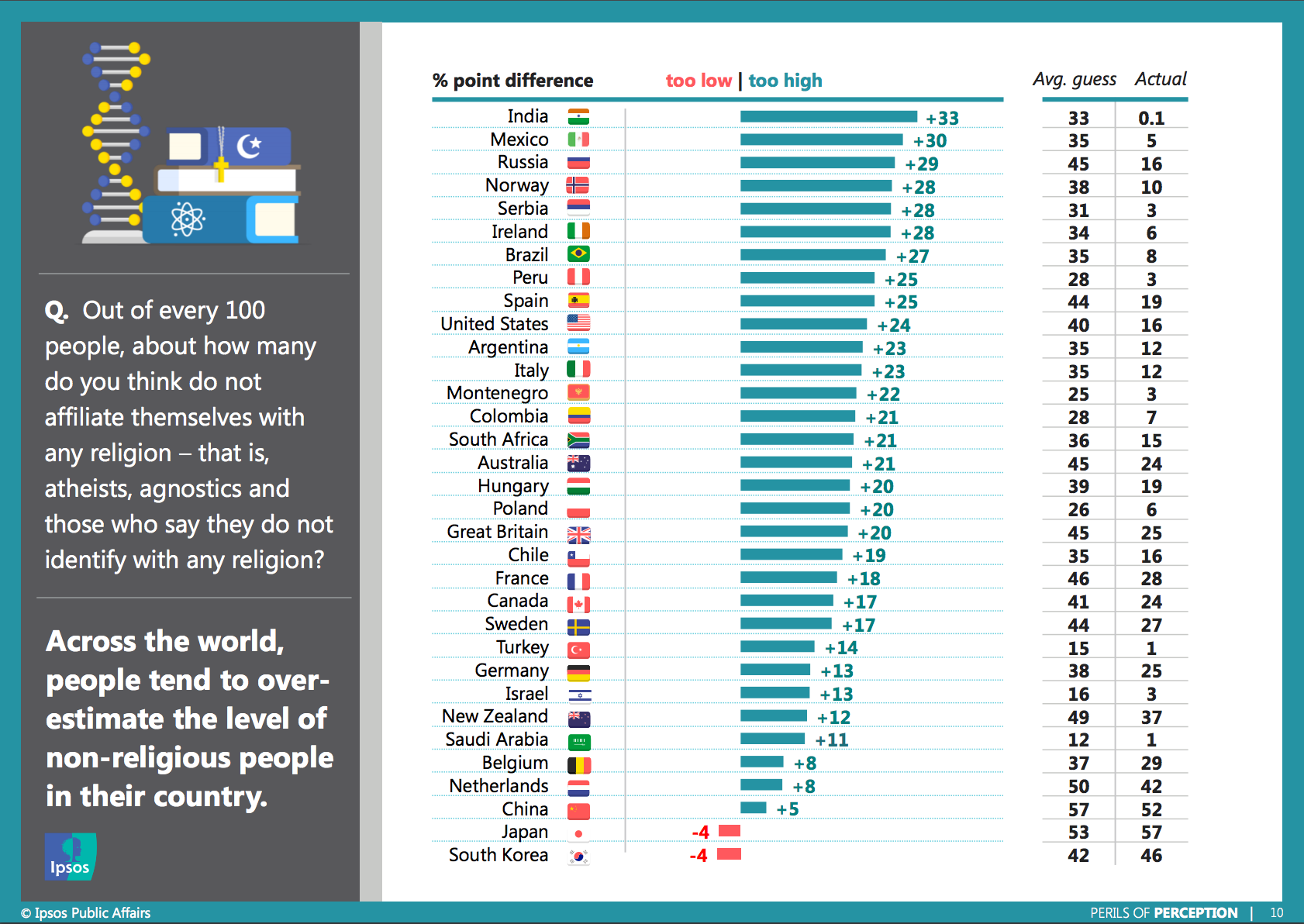 India was at the top of the list, with natives guessing 33% of citizens were non-religious, when the actual percentage is an almost invisible 0.1%.

Only in Japan and South Korea did citizens underestimate the percentage, and even then, it was only by a few percentage points.

We know the implications of this. Because people think there are more non-religious people than there actually are, it’s easier to whip Christians into a frenzy by telling them their religious liberties are under attack and there’s a War on Christmas. The truth is that our side doesn’t have the numbers to even fight a battle if we wanted to.

The Guardian, which wrongly equates the non-religious with atheists, calls it an “Index of Ignorance.” They right about that, at least.

You can see the full survey — which revealed misconceptions on a variety of topics — right here.

December 2, 2015
The People of San Bernardino Don’t Need Your Prayers
Next Post