The Best Atheist Books of 2015

For the past several years, we’ve seen a large number of atheism-related books hit the market. Unlike the books written by the “New Atheists,” however, the more recent releases aren’t just about why you should stop believing in God or how religion is bad. They cover different aspects of atheism and cater to a variety of audiences.

I compiled a list of my favorites in 2013 and 2014, and I’m excited to do it again now. These are the books I’ll be referencing for years to come and the ones I would highly recommend to anyone who wants to explore faith with a critical eye. 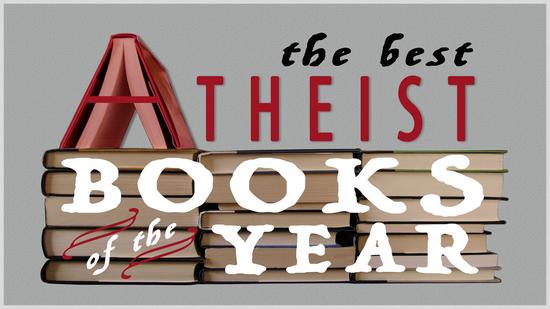 I should mention this right now: I’ve covered many of these books on the site, I’ve been asked to write back-cover blurbs for some of them, my name appears in a few of the pages, and I know some of the authors personally. That’s inevitable when you do the sort of work I do. None of that, however, has any bearing on this list. I picked these books because I found them both fascinating and useful. You don’t have to believe me, but I just wanted to put that disclaimer right up front. So there you go.

#13) From Apostle to Apostate: The Story of the Clergy Project by Catherine Dunphy (Pitchstone Publishing)

Dunphy was well on her way to becoming a religious leader before the doubts kicked in. Once she became an atheist, that leadership instinct didn’t go away. She soon became one of the original members of (and eventual Executive Director for) the Clergy Project, helping others pastors out of the pulpit. It’s a very personal memoir that will connect with readers of all backgrounds.

In a book that’s partially a rebuttal to Pastor Rick Warren‘s The Purpose Driven Life, Barker explains why a life without God is hardly a life without meaning. Indeed, our life can have a purpose that doesn’t end with entry into Heaven. The benefit of having a former pastor write a book like this is that he knows exactly how to speak to religious readers well-versed in Christianese. He can tell a story and tug at your heartstrings.

#11) 1000 Lashes: Because I Say What I Think by Raif Badawi, translated by Ahmed Danny Ramadan (Greystone Books)

This is the collection of essays that led the Saudi Arabian government to sentence Badawi to a 1,000-lash punishment on top of a ten-year prison sentence. When you read it, you realize how his words are no different from things we regularly post on sites like this one — though Badawi has the rare gift of being incredibly eloquent — but most of us can speak our minds without putting our lives in jeopardy. Badawi knew he would be in danger by putting these essays out there and yet he still published them. That’s courage. As reader Richard Wilson wrote on this site, “The least we can do is understand how he got to this point. It would be tragic for his words not to travel far and wide.”

#10) How to Defend the Christian Faith: Advice from an Atheist by John W. Loftus (Pitchstone Publishing)

It’s unusual enough for atheists to read a book about Christian apologetics, but Loftus goes a step further, offering advice to Christians on how to improve their arguments. As someone who has debated many religious people over the years, Loftus has heard (and rebutted) the same arguments many times over.

That’s why he wants Christians to stop using certain lines of reasoning — we’re sick and tired of Pascal’s Wager — and improve other ones in order to make the debate more interesting for everyone involved. It’s a pro-atheist book aimed at Christians. It’s also worthwhile for any debater who enjoys these kinds of conversations.

#9) Losing Our Religion: How Unaffiliated Parents Are Raising Their Children by Christel Manning (NYU Press)

There have been several books in recent years about how atheist parents should raise their children — hell, there’s another one on this list — but Manning explores a similar parenting challenge that affects far more Americans: How should you handle religion when you’re just not religious? Maybe you’re apathetic toward religion, maybe you’re spiritual, maybe you’re Christian but want nothing to do with a church. That makes it hard to offer any specific advice as many atheist guides have done. Manning instead sheds light on the different types of challenges parents face nowadays when the religious path for their children is anything but clear.

#8) Faith Ed: Teaching About Religion in an Age of Intolerance by Linda K. Wertheimer (Beacon Press)

While none of us want to see religious indoctrination in public schools, teaching about religion is as important as ever. Students need a working understanding of what people believe in order to make sense of what’s happening in the world. But what happens when over-sensitive parents can’t handle their kids learning about different faiths? What should kids learn about various religions, and at what age? These are questions that have been at the center of a lot of controversies in communities nationwide and Wertheimer gives us a closer look at the battle over how religious literacy has been addressed in our society.

#7) What If I’m an Atheist?: A Teen’s Guide to Exploring a Life Without Religion by David Seidman (Beyond Words/Simon Pulse)

As someone who’s written a book about teenage atheists, I can safely say Seidman gets it. He understands their concerns, points out their unique struggles, and offers excellent advice for kids who are just beginning to question their faith. This is a wonderful introduction to atheism that never descends into religion bashing. It’s aimed at a younger audience and belongs in every school library.

#6) Relax, It’s Just God: How and Why to Talk to Your Kids About Religion When You’re Not Religious by Wendy Thomas Russell (Brown Paper Press)

I’m a sucker for books about raising kids when you’re an atheist parent, and this is an excellent addition to the genre. Russell isn’t out to indoctrinate her kids into atheism, but she is concerned about all the religion they’ll be exposed to as they get older. Her book takes a pragmatic approach to the various conflicts most atheist parents will face at some point and it’s just so easily relatable.

#5) How to Defeat Religion in 10 Easy Steps: A Toolkit for Secular Activists by Ryan Cragun (Pitchstone Publishing)

The title is somewhat hyperbolic; religion isn’t going to be defeated anytime soon. However, Cragun offers a realistic set of ideas for how we can at least lessen the influence of religion in society. Those ideas include encouraging sexual liberation, empowering minorities of all stripes, and ending special tax breaks for churches. These aren’t just pie-in-the-sky ideas that Cragun is throwing out there; he also tells readers what steps they can take to achieve them. If nothing else, it’s a great way to talk about the negative impact religion has in our society.

#4) Faith Versus Fact: Why Science and Religion Are Incompatible by Jerry Coyne (Viking)

We’re so used to hearing educated, powerful people say that science is perfectly compatible with their faith. That’s obviously not true with, say, Young Earth Creationists, but what about religious moderates? We know there are scientists who are religious and church leaders who say they accept science, but Coyne argues in this book that they’re lying to themselves. There’s faith and there’s reality, and you can’t have both. Even the loosest of faith-based belief systems contradict what science has revealed over the centuries.

For too long, we’ve just accepted that the magisteria don’t overlap. It’s great to see a strong argument as to why they absolutely overlap and why science always comes out on top.

#3) Islam and the Future of Tolerance: A Dialogue by Sam Harris and Maajid Nawaz (Harvard University Press)

Harris has been dubbed everything from “Islamophobe” to “racist” (thanks, Ben Affleck) for the way he talks about Islam. But there’s no better way to sharpen your own ideas than talking to someone who’s obviously an expert in the subject. Enter Nawaz, a practicing Muslim who escaped a life of extremism and now works to modernize the faith.

The book is essentially a transcript of a long conversation they have about Islam. That means ideas are challenged right in front of our eyes as two people, both of whom want to reform the religion but don’t always agree on the best way to achieve that goal, debate their ideas. If only this discussion were happening out in the open more often.

It’s rare these days for anyone to criticize Islam so publicly, out of fear of retaliation. But that’s what Hirsi Ali has done throughout her career and continues to do in this book. Rather than just talk about her problems with the religion, though, she offers realistic solutions to modernize a faith that so often seems stuck in time.

Years after saying we’re at “war with Islam” and that there are no “moderates” in the faith, Hirsi Ali seems to acknowledge that the religion isn’t going away, but its worst elements can be fixed if people are willing to take a stand.

It’s been a while since a vocal anti-theist — and Silverman, the President of American Atheists, is a walking definition of that word — really let it all hang out. I forgot how much I missed it. Silverman makes his case for why faith is not a virtue and, more importantly, why atheists everywhere have an obligation to speak out against religious beliefs and the consequences that result from them.

Those aren’t even the controversial parts. The book is full of black and white statements (“Atheism is perfect”) that we’re used to hearing from the religious side, but never our own. Silverman argues that “atheist Jews” are hypocrites, that all believers pick and choose their beliefs, and that the percentage of atheists in the country is far higher than any survey has ever reflected. In other words, there are plenty of assertions that will be challenged by his critics. You know what? I’m okay with that. Let’s have those discussions. Even if Silverman gets called out for his blanket statements, the facts are still heavily on his side. And while it’s easy to condemn religious extremists, the moderates have gotten off the hook for too long. Not in this book, though. You don’t have to agree with all of Silverman’s points to appreciate that someone is willing to say these things.

The book will inevitably piss some people off. Silverman will be dubbed an “angry atheist.” (I haven’t even touched on his critique of Islam yet.) But I’m sure he’ll be fine with all that. Not since Christopher Hitchens has someone so forcefully made the case for why we need to abandon religion. Firebrand atheism is alive and well, and that’s why it’s my favorite atheist book of the year.

(The opening of this article was published earlier)