More discrepancies are surfacing between what Ken Ham says and what he does when it comes to hiring discrimination at the Ark Encounter biblical theme park.

Rick Skinner, Mayor of Williamstown, Kentucky, where the park is being built, replied to a comment on the town’s Facebook page insisting Ark Encounter would not be discriminating in hiring, unlike its sister attraction Creation Museum:

The Ark Encounter will not require anyone to sign a statement of faith. I agree with you that it is a requirement of employment at the Creation Museum. If you would like to contact me by e-mail please do so at rskinner@wtownky.org

That comment has since been deleted, and guess what? Ark Encounter’s managing company, Answers in Genesis, just posted another job listing requiring their stringent statement of faith, this time for two greenhouse technicians to manage the park’s year-round gardens. 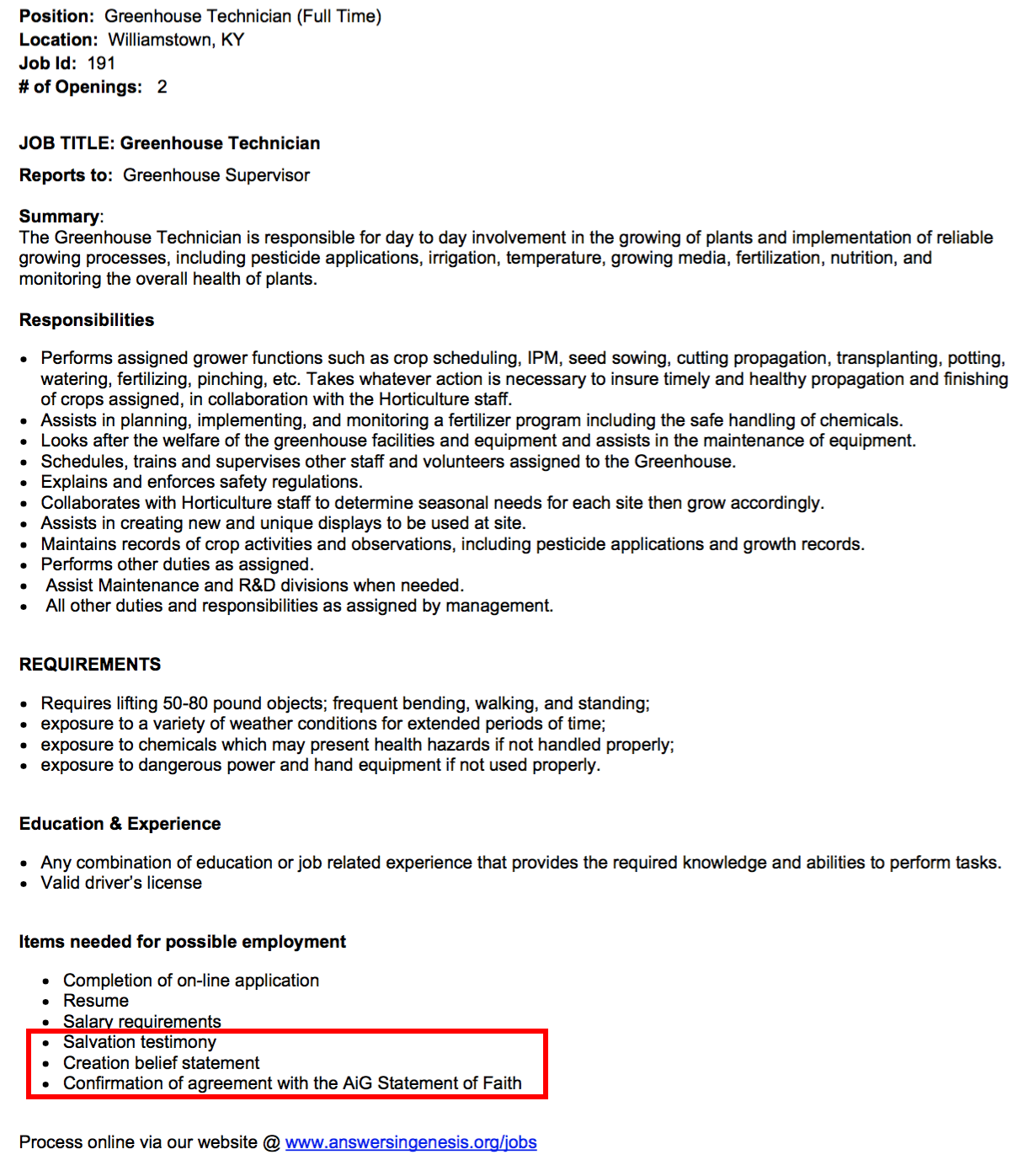 In a post a couple of weeks ago, we unpacked the seedy workings that are allowing the evangelical Noah’s Ark “replica” to reap Kentucky tax benefits while flaunting questionable attendance projections and discriminating in hiring (we uncovered four jobs listings then).

According to a statement by Mike Zovath, General Manager of Answers in Genesis, during a 2011 listening session with Williamstown residents, Ark Encounter would not be discriminating in the hiring process. Zovath acknowledged that doing so would be illegal.

“We would like to hire local folks, but we have to follow state and federal laws regarding hiring and are not able to give preferential treatment. That would be considered discrimination. If you’re qualified, apply for a job.”

It seems very clear according to the evidence that the proposal to the Williamstown officials and residents included non-discriminatory hiring when AiG sought their approval and tax money. So why are people like Mayor Skinner not holding them to it? We hope if you’re feeling deceived and fed up with this blatant church and state violation, you’ll e-mail him, as he’s invited you to do in the Facebook comment above.

November 26, 2015
Republican Who Said Autism Was Result of God’s Anger Over Gay Marriage Will Run for Congress Again
Next Post