If you’re in Chicago and walking through Christkindlmarket in Daley Plaza, make sure you take some pictures next to the atheist display that went up this week: 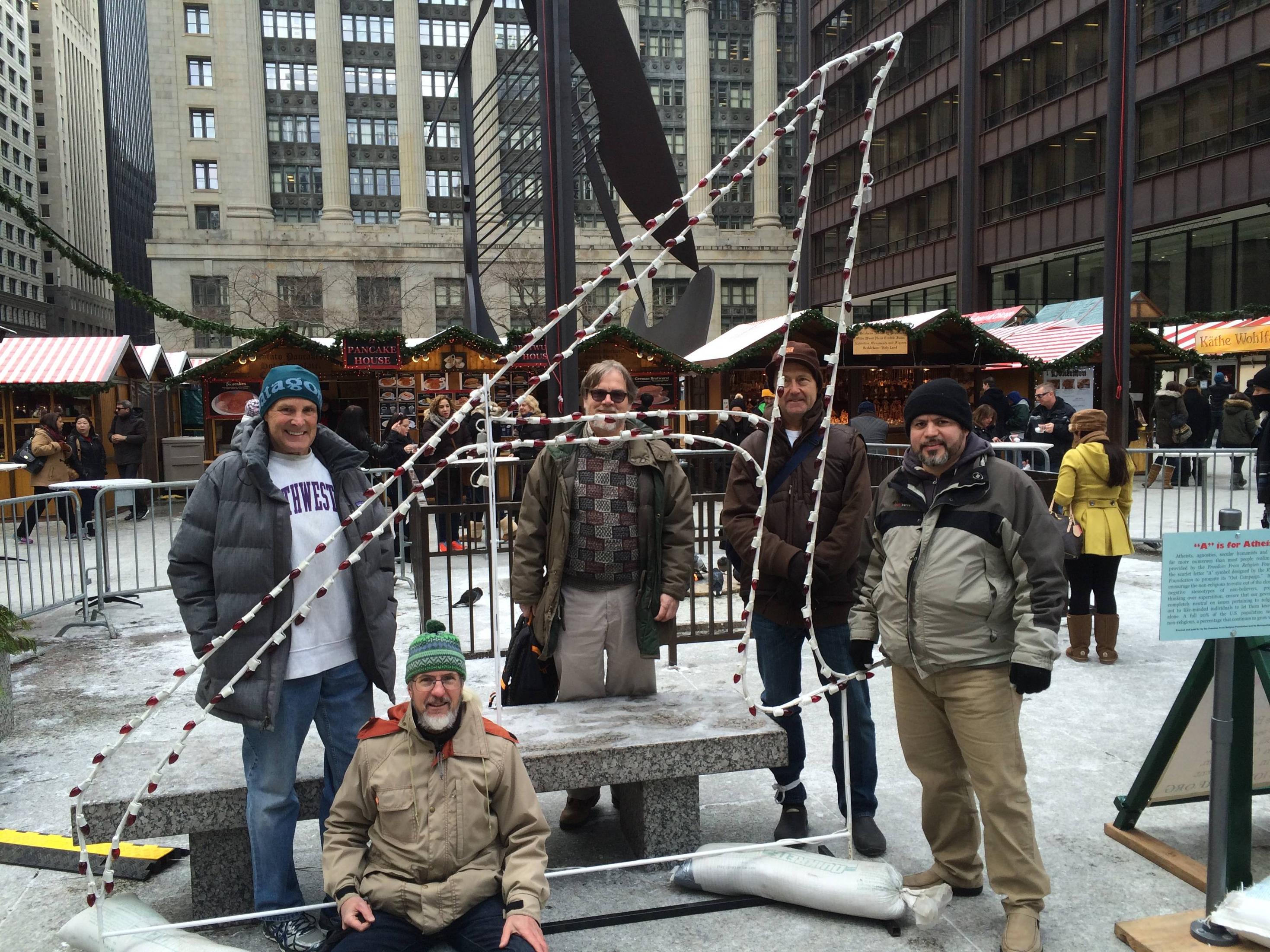 The whole thing was put up by the Freedom From Religion Foundation’s Metropolitan Chicago chapter. It includes that 8.5-foot-tall Scarlet A and this banner featuring a secular Nativity scene of sorts: 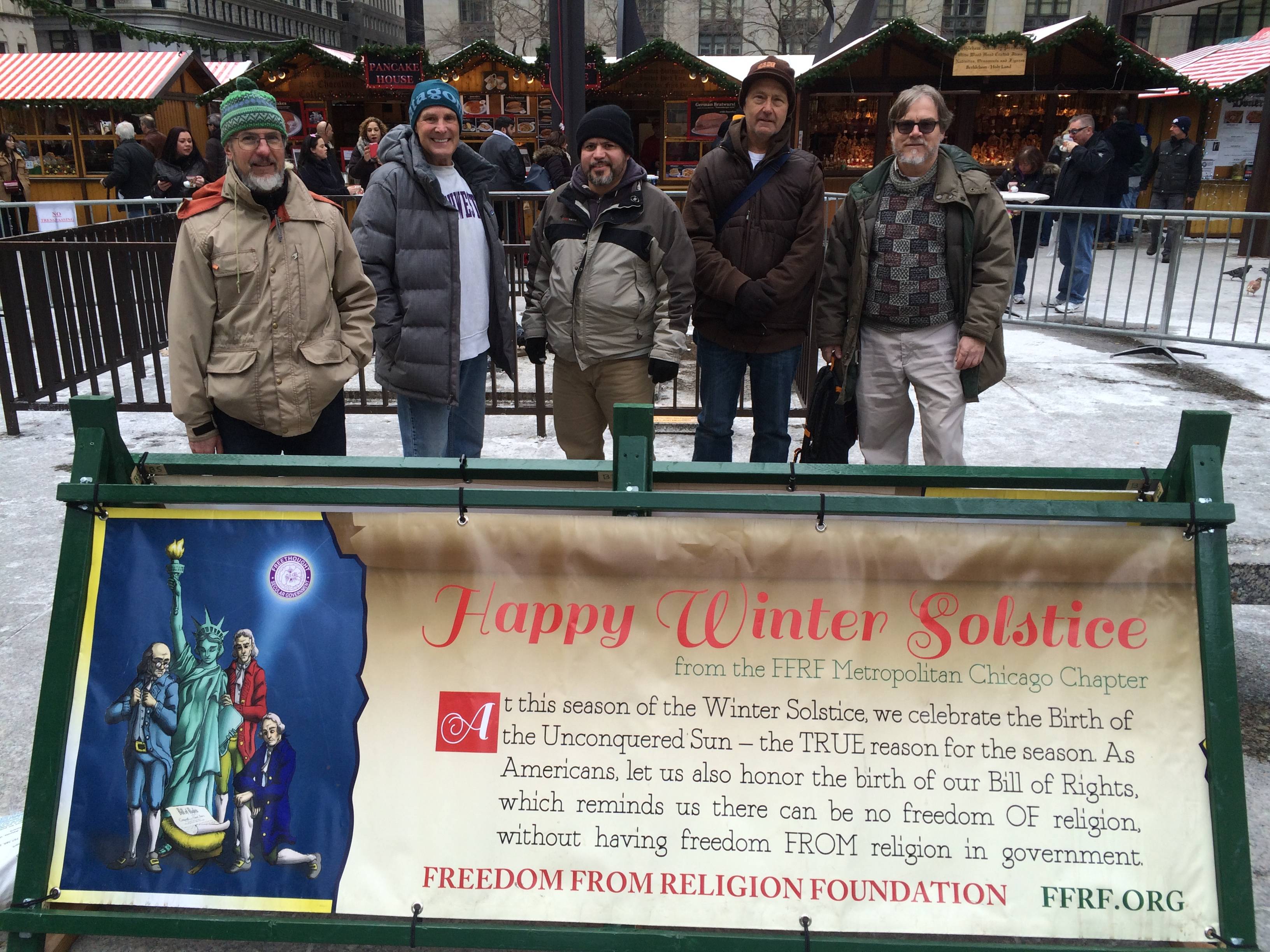 It’s the third straight year of the group’s displays.

November 25, 2015
Months After Ex-Hasidic Jew Commits Suicide, Her Sister Does the Same
Next Post