After Islamic Center Labeled “Radical,” Local Humanists Reach Out in a Gesture of Friendship

After the Daily Caller News Foundation posted a map of supposed “radical mosques” in the U.S., it wasn’t long before threats were made against them.

For example, the Pullman Islamic Center in Washington ended up on the list… 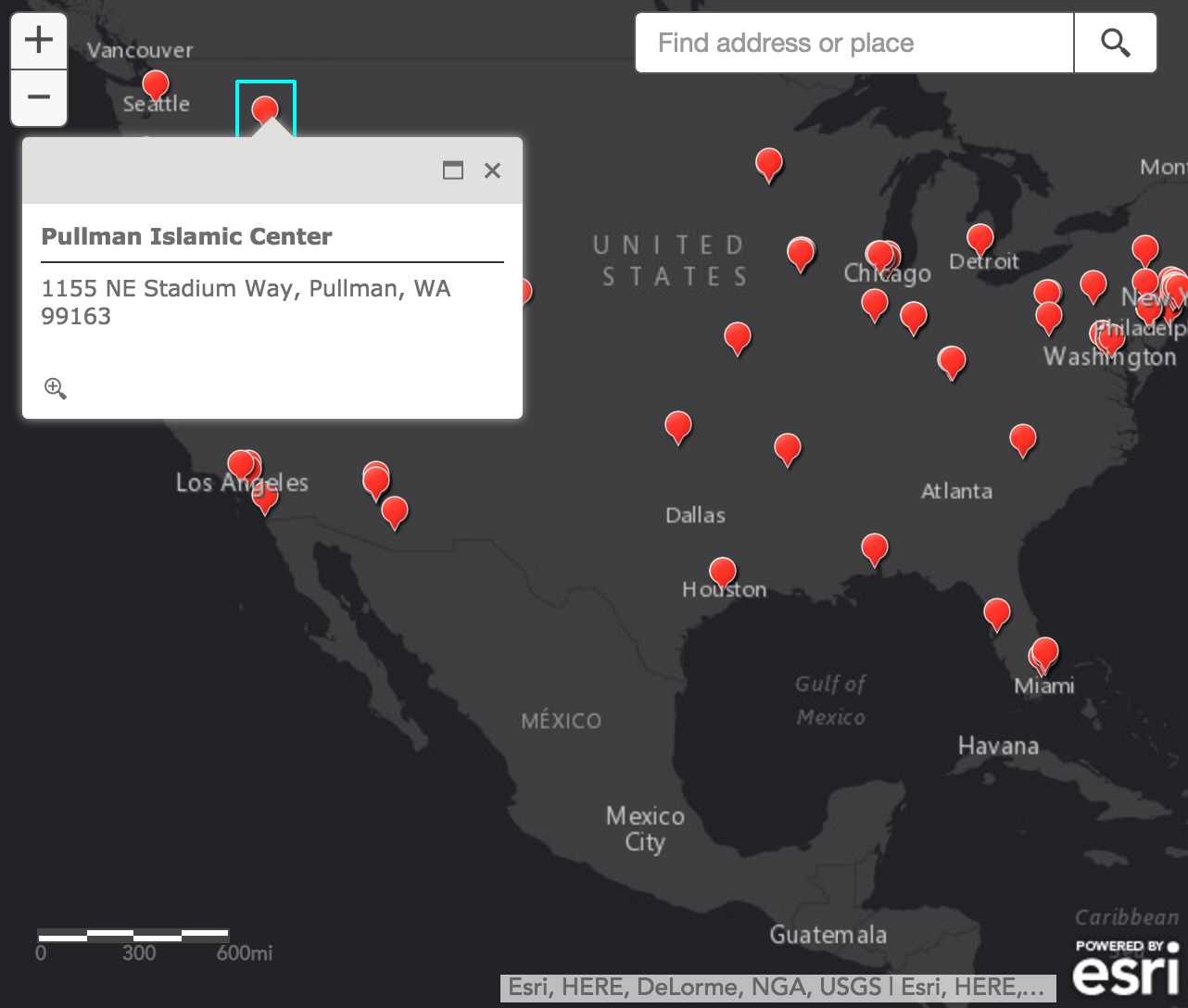 … and the threats followed:

But in a wonderful gesture on Monday, the Humanists of the Palouse reached out to the Muslims, sending them a letter of concern and offering whatever help they could:

To our Muslim friends in the Moscow/Pullman area,

Recently, we have been made aware of threats to our community, centered on the Pullman Islamic Center and it and many other Mosques being mis-reported as “radical”. In today’s climate, these threats should not be taken lightly, and we certainly do not. We fully support your right to practice religion free from harm and harassment.

If you feel threatened, please do not hesitate to contact us. We would be happy to accompany anyone who feels that their safety is at risk (e.g. grocery shopping, on a walk around town, or just for someone to talk to). If we can advocate for you in any way, please don’t hesitate to reach out to us, and know that you have friends and allies amongst The Humanists of the Palouse.

The Center’s Board of Trustees soon issued this heartfelt response:

The entire Board of Trustees of the Pullman Islamic Association joins me in thanking you and the Humanists of the Palouse generally for this powerful statement affirming civil rights in this country. We are especially moved that a humanist group so completely supports the local Muslim group, since Islam is the most disrespected group in this country. We have noticed that the correct way to define and appreciate humanist groups in general and yours in particular is as lovers and defenders of civil rights, individual and group democratic dignities and freedom of thought, not as haters of religion. Your group’s neighborly defense of freedom of religion in the Palouse demonstrates your focus on freedom and social justice. We are impressed by and thankful for your firm support and offer of assistance and solidarity.

One of our Board of Trustees members is meeting with an FBI agent today, which demonstrates that the federal police are taking this threat seriously. Given this sobering reality of threatened arson and violence your support will always be appreciated by the leaders and membership of the Pullman Islamic Association. We hope we will not need to ask for your offered assistance, but if we do need or want such support, we will indeed reach out to Humanists of the Palouse.

That’s how you do it, friends.

You can disagree on theological issues, but I’d hope local atheist groups around the country would be willing to reach out to Muslims who are actually being persecuted by overzealous conservatives eager to shut them down.

If they lose their religious freedoms, we all do.

November 25, 2015
Cristin Padgett is Running for Texas State House and She's Not Hiding Her Atheism
Next Post