White Christians Are Now in the Minority While the Young “Nones” Are on the Rise November 24, 2015 Hemant Mehta

According to Pew Research Center data published in the National Journal, white Christians are finally in the minority, dropping from 55% of the population in 2007 to 46% today.

In contrast, the generations born after 1981 — the older and younger Millennials — are continuing the trend of shedding their religious labels. More than a third of their populations are “Unaffiliated,” making that the largest demographic in both age groups. 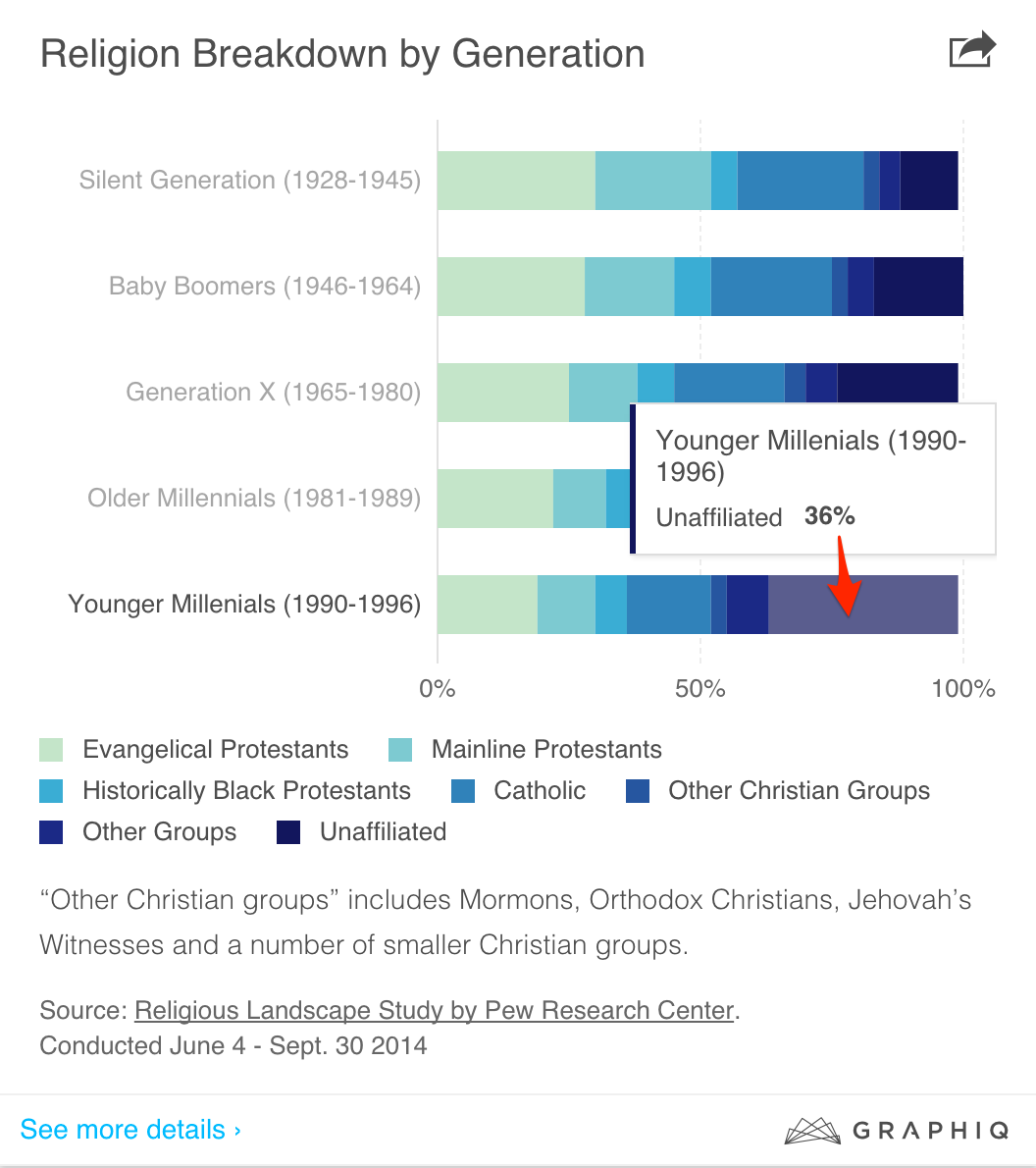 It won’t be long before these trends affect the nation’s political parties:

In the new alignment, those historic differences between Christian faiths have largely been sublimated to two other cleavages. In the first, Republicans now run well among the most religiously devout in all Christian traditions, while Democrats perform relatively better among Christians who are less religiously observant. In the second, while the Republican coalition still revolves around Christians, Democrats increasingly rely on Americans who identify with non-Christian faiths, or no religious tradition at all.

All the more reason for Democrats to reach out to those of us without faith instead of running away from us at all costs. They would do well to encourage us to vote, since the vast majority of Nones have no intention of voting for any of the theocrats and/or flat-out liars who are taking over the Right.

November 24, 2015
A Collection of Essays by Christopher Hitchens Has Just Been Published
Next Post