The city of La Crescent, Minnesota has this dual cross/star structure sitting on government property. On Christmas, they light up the star. On Easter, they light up the cross. How do they get away with that promotion of Christianity?

Simple. No one ever called them out on it… until this past summer. 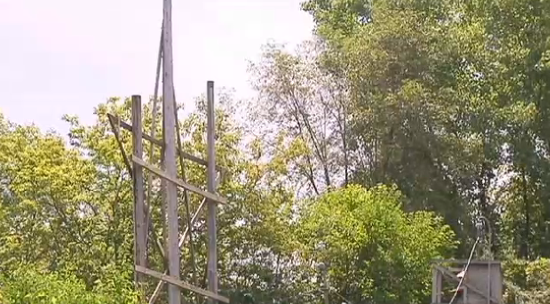 … “A cross cannot be displayed on city property to celebrate Easter,” [Freedom From Religion Foundation] Staff Attorney Rebecca Markert informed the city in a recent letter. “The religious significance of the Latin cross is unambiguous and indisputable.”

The star’s coupling with the cross “seems to suggest that the city is celebrating the religious aspect of the Christmas holiday, which is another violation of the First Amendment,” Markert continued. Displaying the symbols “confers government endorsement of Christianity, a blatant violation of the Establishment Clause.”

The simplest solution would be to take down the structure and leave the religious celebrations to local churches and citizens. At the very least, they could move it off city property.

It took a while for the city to make a decision on the matter, but they finally did the right thing:

At Monday night’s meeting, the La Crescent City Council unanimously voted to keep the star portion of the now-infamous star and cross structure lit from Nov. 27 through Jan. 10, 2016.

The star, shining with white bulbs as a “seasonal decoration,” will be turned off in the new year, after which the La Crescent Lions Club — which has formed a committee to move the structures to private land — at some point intends to light both the star and the cross in the traditional manner.

So they’ll shine the star, not the cross, this winter, before moving the whole structure to private property where it belongs. Everyone wins. Which means some conservative Christians are bound to be pissed off since they only consider it a victory when non-Christians lose.

Either way, this is what happens when people have the courage to speak up. Thanks to the whistleblower(s) who alerted FFRF and the staff there for fixing this situation.