Cayman Islands Legislator: “We Do Not Need An Atheist Chairing Our… Human Rights Commission”

In a move that sounds like something you’d expect to hear from Republicans in Congress, a Cayman Islands Legislative Assembly member is calling for the chairman of the territory’s Human Rights Commission to step down because he’s an atheist.

It all stems from when MLA Anthony Eden (below) and his colleagues said civil unions and gay marriages should shouldn’t be allowed in Cayman, bolstering their argument by equating homosexuality with bestiality and pedophilia and even threatening violence against gay people in some cases. 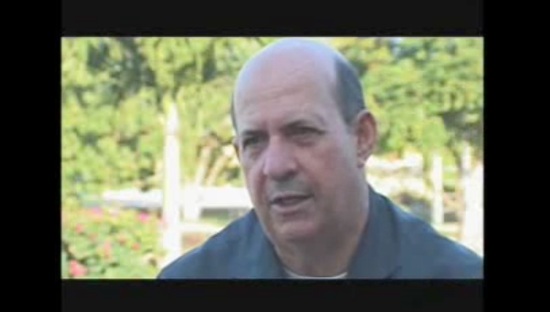 And now Eden wants Austin-Smith, an atheist, to step down:

“It is my belief that we do not need an atheist chairing our Cayman Islands Human Rights Commission,” Mr. Eden said. “I am sick and tired of some people disrespecting my Caymanian people.”

If he doesn’t want to see his people disrespected, then maybe he should step down himself, giving that he’s the one fighting against civil rights for the people who need it most. Saying that his bigotry is “based on Holy Bible evidence” is no excuse for being a complete jackass who perpetuates debunked lies about LGBT people.

What’s interesting about Eden’s statement is that he doesn’t say Austin-Smith is wrong because he’s abusing his position, or doesn’t have proper credentials to be there, or wants to silence Christians. Eden just goes after the label, hoping that the overwhelming Christian majority in the Caymans will get on board with his anti-atheist bigotry.

So far, neither Austin-Smith nor Governor Helen Kilpatrick have responded to Eden’s demand. As well they shouldn’t since a prejudiced request like that doesn’t deserve one.