In Satire, Jailed Missionary Tells Iraqi Christian Why He Won’t Really Be Persecuted in the U.S. November 22, 2015 Hemant Mehta

In Satire, Jailed Missionary Tells Iraqi Christian Why He Won’t Really Be Persecuted in the U.S.

In the excellent scripted video below, a jailed American Christian missionary meets an Iraqi Christian in the cell next door. They talk about all the persecution the Iraqi man and his family currently have to face.

So the American tells him to come back to the U.S. with him, where they will all be safe… only to have the Iraqi decline the offer. After all, the Iraqi watches Fox News Channel. He hears what Christian leaders say in public. If the U.S. is as anti-Christian as all of them claim it in, why would anyone want to live there?!

That’s when the American has to explain how Christians aren’t *really* persecuted in the U.S. That’s just scary rhetoric Christian leaders like to use to keep everyone in line… 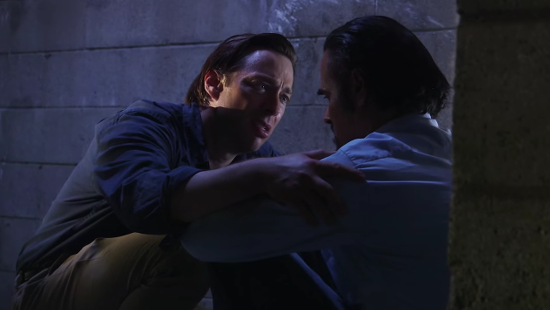 Okay, it’s just not true [that we’re persecuted]! There are churches on practically every block! I swear — I swear to Jesus! Christians are flourishing in America! You can’t even get elected into public office without at least claiming to be a Christian.

We run everything there. Trust me. You’re free to practice your religion in any way you please.

Finally, someone acknowledges how good Christians have it! (At least until the end of the scene…)

Even if it is a fictional video, it makes a very important point: Christians rarely acknowledge their special status in the U.S. They should consider themselves lucky that the biggest “attacks” on their faith involve a red coffee cup and someone wishing them “Happy Holidays.”

November 22, 2015
The Church of England is Mad That Theaters Won't Run a Pro-Prayer Ad Before the New Star Wars Film
Next Post