At Schuler’s Bakery in Springfield, Ohio, owner Trent A. Schuler wants you to know that he’s sick and tired of this politically correct nonsense: 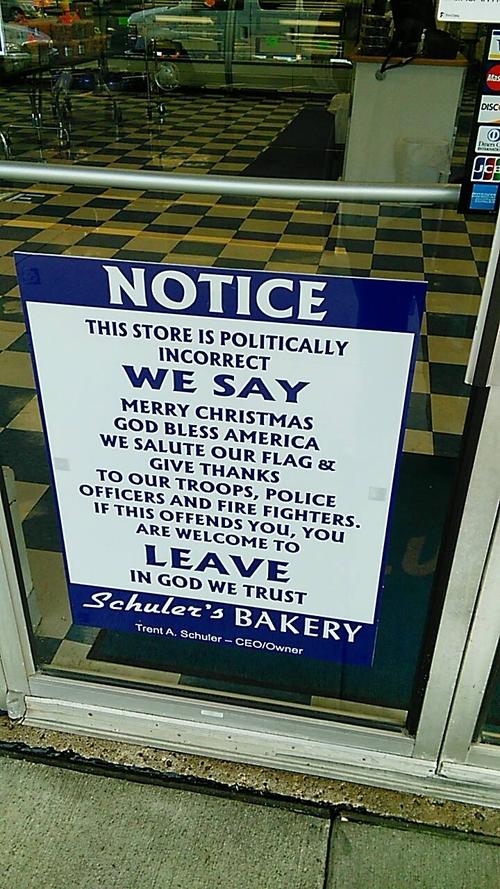 This store is politically incorrect.

WE SAY
Merry Christmas
God Bless America
We salute our flag & give thanks to our troops, police officers and fire fighters.

If this offends you, you are welcome to
LEAVE.

In God We Trust

I mean, I’ll think you’re assholes who care so little about your non-Christian customers that you’d rather impose your own beliefs on them instead of offering a more generic greeting that appeals to everyone, but that’s about as far as it gets.

This notion that people are forcing you to stop saying any of these things is a fiction that exists entirely in your head, spurred on by the Fox News crowd.

(Image via Facebook. Thanks to Tara for the link)

November 21, 2015
Catholic Bishops Release Anti-Pornography Report (As If You Were Expecting Anything Else)
Next Post