Saudi Arabia has sentenced a Palestinian poet to death because he supposedly blasphemed.

Ashraf Fayadh wasn’t given a fair hearing or a chance to defend himself, but none of that matters in a country where human rights violations are just a way of life. 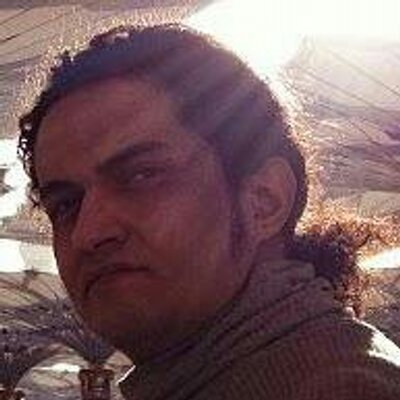 The religious police first detained Fayadh in August 2013 after receiving a complaint that he was cursing against Allah and the prophet Muhammad, insulting Saudi Arabia and distributing a book of his poems that promoted atheism. Fayadh said the complaint arose from a personal dispute with another artist during a discussion about contemporary art in a cafe in Abha.

Fayadh denied the accusations of blasphemy and told the court he was a faithful Muslim. According to the court documents, he said: “I am repentant to God most high and am innocent of what appeared in my book mentioned in this case.”

It didn’t matter. The witchhunt was on and the fingers were pointing at him. Now, Fayadh will be murdered for the crime of not falling perfectly in line with the Muslims in charge. The execution is scheduled to take place in a few weeks.

(Image via Twitter. Thanks to Brian for the link)