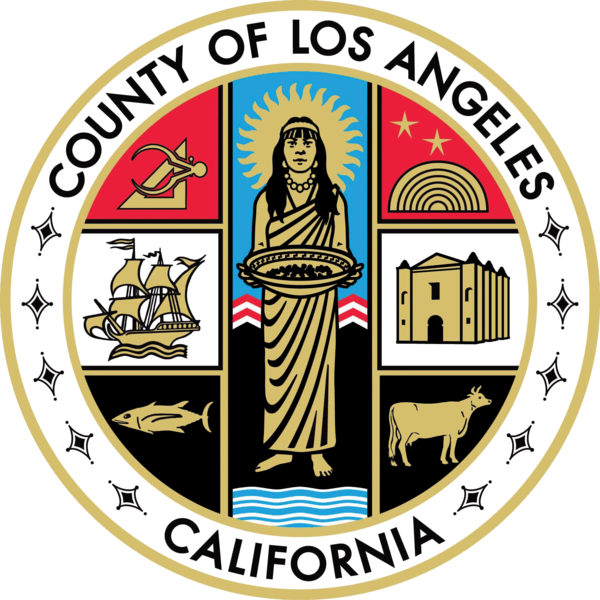 So now, some members of the Los Angeles County Board of Supervisors want to change the seal to reflect that. Which is verrrrry convenient considering how often Christians try to get crosses on government seals…

So earlier this year, the supervisors voted 3-2 to revise the seal to include the cross, inviting a challenge from the ACLU. Since the supervisors began using the “revised” seal while that challenge was pending, the ACLU filed a lawsuit.

I bring this all up against because one of the supervisors, Mike Antonovich, was furious after the Los Angeles Times ran an editorial opposing the seal with the cross. He referred to the newspaper as “secular extremest” [sic], whatever that means for an intangible object.

Now, the LA Times has responded to Antonovich since they found out about the insult after it was “included in court filings about the seal,” and their latest editorial is glorious:

First off, the word is spelled “extremist.” With an “i.”

Also, supervisor, please don’t leave out this page’s criticism just last week of Irvine City Council members who wanted to post “In God We Trust” in huge letters on the wall behind them so that no one who attends the meetings could possibly miss the council’s political statement about God.

Come to think of it, we have also argued that public meetings should not begin with invocations to Jesus Christ, and that giant monuments to Christianity should not dominate military cemeteries that include the bodies of Jews, Muslims, Buddhists, Christians, non-believers and others.

It’s odd that a government official who has for so long been skeptical of government’s role in private life would get so bent out of shape over The Times calling for government to mind its own business and leave faith and religious symbols to the people and their houses of worship.

Damn right. In Antonovich’s mind, the government should stay out of everyone’s lives unless it involves imposing Christianity on them.

The decision to include the cross on the seal was wrong earlier this year and the supervisors’ subsequent actions haven’t been any better.

This is all about pushing God through government.