For decades now, Kentucky’s Breathitt County Courthouse has featured a painting of Jesus that the artist says cannot be removed: 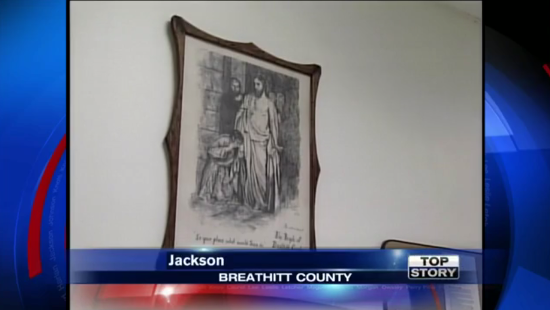 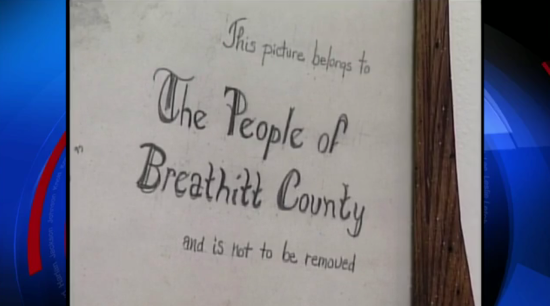 The Freedom From Religion Foundation has been politely urging the County to take it down for years; after all, it’s government promotion of Christianity, but politeness hasn’t worked. Judge Executive John Lester “JL” Smith told a reporter that there were “no plans to take it down.”

We know how this works. Either the Satanic Temple and FFRF and everyone else gets to submit their own works of art, or Jesus has to come down.

Smith, however, decided to make up his own solution. And it makes no sense. He’s hanging completely random paintings around Jesus as a way to distract from its unconstitutionality:

Smith said his only rules on people submitting work are that the artist has to be a local resident and sign the work, and that the pictures not be pornographic or violent.

Local artists are allowed to submit appropriate pictures of Satan, too, but FFRF attorney Rebecca Markert says it won’t matter:

It appears there was a religious motivation for hanging the picture of Jesus initially, and there is still a religious purpose in having it displayed, even with others around it, Markert said.

“It’s a sham solution to save a religious painting,” Markert said.

FFRF says there’s one plaintiff in the area with legal standing to sue, but more would be ideal so that all the pressure’s not just on one person.

(via Religion Clause. Screenshots via WKYT. Large portions of this article were published earlier)