An Atheist Attorney Has Helped More Than 2,500 Mormons Resign From the Church for Free November 19, 2015 Hemant Mehta

An Atheist Attorney Has Helped More Than 2,500 Mormons Resign From the Church for Free

With all the people leaving the Mormon church over the past week, due to the Church’s bigoted stance toward gay couples and their children, Mark Naugle has been working like mad to make sure all those resignation letters are being processed correctly.

He’s an immigration attorney by trade, but he knows what it takes to leave the Church since his own family did it when he was a teenager. Several months ago, he posted on Reddit about how he could help people through the process for free. When the new policies were made public, there were more people than ever before looking for the exit sign, and he’s been helping as many of them as he can. 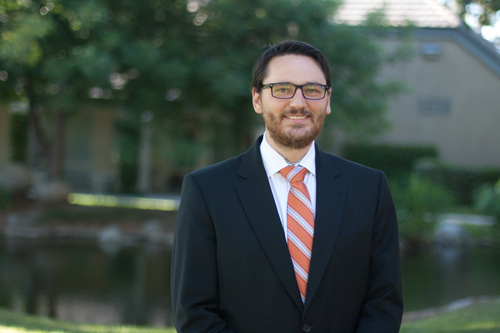 The obvious question is: Why would Mormons need a lawyer in order to tell the Church they want out?

He explained why to Michelle Woo at Upvoted:

A lot of people don’t realize how difficult it is to leave. My grandmother who’s a Lutheran in Kansas says, “Well, if I don’t want to go to church anymore, I just stop going.” But it’s not that easy with the Mormon church.

If you attempt to resign from the church on your own, you’re going to be contacted by your local bishop. He’s going to come over and start asking you questions to figure out what you’ve done wrong and why you don’t have a testimony anymore. He’s going to put you on a 60-day probation period. He’s going to call your family, the neighbors and everyone in the congregation so they can start helping you stay in the fold. It’s essentially a form of harassment. I don’t think they do it maliciously necessarily, but they feel that your eternal salvation is on the line. This process can take three to four months with a lot of pain and suffering. For most people, it’s not worth it to do it that way.

[Under my representation,] people fill out the forms and send them back to me. I’ll print them, sign them and mail them to the church. When I receive confirmation that their name has been removed, I email them. They should receive no contact [from the church].

In other words, he’s the middleman between the Church and the people who want to leave it. With his involvement, others can get out with as little friction as possible. Anyone who needs help can message him on Reddit.

Naugle, who’s now an atheist, attributes his generosity to his recently deceased father:

He’s asking anyone who appreciates his services to make a donation to charity as a way to pay it forward. Even if you’re not Mormon, that’s a wonderful way to express your gratitude.