Echoing statements made by people like Sam Harris and Bill Maher, activist Maajid Nawaz criticizes those on the “Regressive Left” who refuse to call out Islam even when that condemnation is warranted — like when women are treated as second class citizens or cultural practices would never be accepted in other contexts. 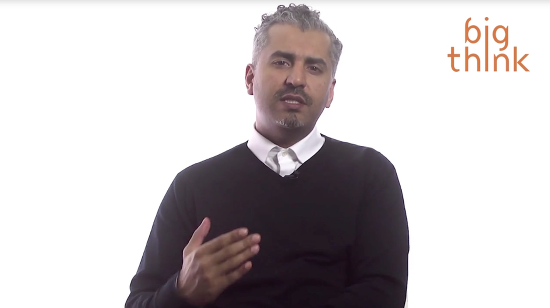 … It’s what I call the racism of low expectations: to lower those standards when looking at a brown person if a brown person happens to express a level of misogyny, chauvinism, bigotry, or anti-Semitism, and yet hold other white people to universal liberal standards. The real victim of that double standard are the minority communities themselves because by doing so we limit their horizons; we limit their own ceiling and expectations as to what they aspire to be; we’re judging them as somehow that their culture is inherently less civilized; and, of course, we are tolerating bigotry within communities, and the first victims of that bigotry happen to be those who are weakest from among those communities.

Nawaz also berates people who dismiss self-described Muslims who also happen to be lesbian, feminist, progressive, etc. as if they’re not “real” Muslims. By doing so, we ignore some of the most powerful forces for change within the Islamic world.

November 19, 2015
Could Republicans Be Alienating Their Base With Refugee Ban Comments?
Next Post

November 20, 2015 Somehow, This Video Makes Televangelist Jim Bakker's Buckets of Food Even More Sickening
Browse Our Archives
What Are Your Thoughts?leave a comment