Comedian Aziz Ansari, who’s not religious, recently spent a lot of time around his Muslim parents as they filmed his new Netflix show Master of None. While the filming went fine, there was a lot of tension during dinners with them since he and his girlfriend eat pork and they (obviously) don’t.

Ansari told Conan O’Brien how all of that played out and it’s hilarious: 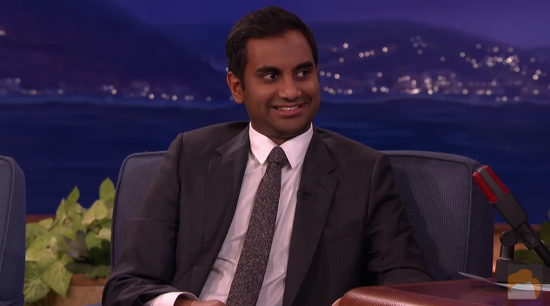 As a lifelong vegetarian whose wife eats meat, I’ve had the same tense moments with my Indian parents when they look in our freezer. We never talk about it, but the discomfort is definitely there. At least it’s a little less tense if we all go out for dinner, though, since my wife won’t order meat around them. Still, totally get where he’s coming from.

November 17, 2015
Check Out These Scientific Alternatives to Traditional Christmas Carols
Next Post

November 18, 2015 North Carolina Charter School Suspends All Clubs So That LGBT Students Can't Meet
Browse Our Archives
What Are Your Thoughts?leave a comment