A Fictional Conversation Between Islamic Terrorists and the People Who Make Up Excuses for Them November 18, 2015 Hemant Mehta

***Update***: I was led to believe Faisal wrote this because it’s on his website and Facebook as if it was his own work.

It’s not. Joseph R. wrote it, sent it to Faisal, who then posted it online without attribution. Faisal tells me Joseph gave him permission to do that, but it should be noted that Joseph wrote it, not Faisal. I have contacted Joseph to verify this. Faisal has since updated his Facebook post to include the attribution. (Update to the update: Joseph has confirmed this story.)

The Blaze and several other sites gave credit where it wasn’t due, so my apologies for not catching it sooner. Thanks to a reader for bringing this to my attention.

Faisal Saeed Al-Mutar imagines a conversation between Islamic terrorists and the apologists who make excuses for why they’re committing violent acts. It gets more entertaining the more you keep reading.

He prefaces it by saying, “It’s like a bad Monty Python sketch”: 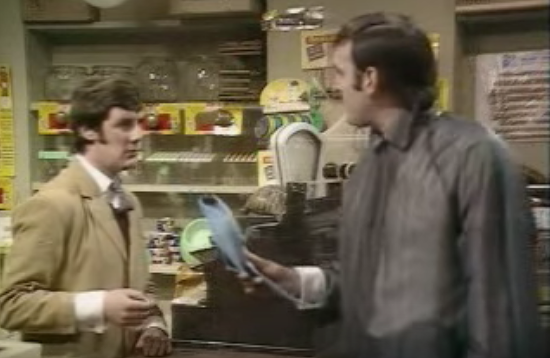 “We did this because our holy texts exhort us to to do it.”

“No, this has nothing to do with religion. You guys are just using religion as a front for social and geopolitical reasons.”

“WHAT!? Did you even read our official statement? We give explicit Quranic justification. This is jihad, a holy crusade against pagans, blasphemers, and disbelievers.”

“No, this is definitely not a Muslim thing. You guys are not true Muslims, and you defame a great religion by saying so.”

It goes on like that for a while. And I disagree with Faisal. That would make an excellent Monty Python sketch.

November 18, 2015
Your Guide to the Supreme Court Abortion Case That Could Change Everything
Next Post

November 18, 2015 Pennsylvania Legislator Tells Church Crowd "We Need to Turn Our Nation Back to God"
Browse Our Archives
What Are Your Thoughts?leave a comment