Maajid Nawaz: “We Cannot Shoot Our Way Out of This Problem” of Muslim Extremism November 16, 2015 Hemant Mehta

Maajid Nawaz: “We Cannot Shoot Our Way Out of This Problem” of Muslim Extremism

Over the weekend, CNN’s Fareed Zakaria discussed the recent terrorist attacks in Paris with former extremist Maajid Nawaz, who shed light on the mindset of the radical Muslims who committed the.horrific acts: 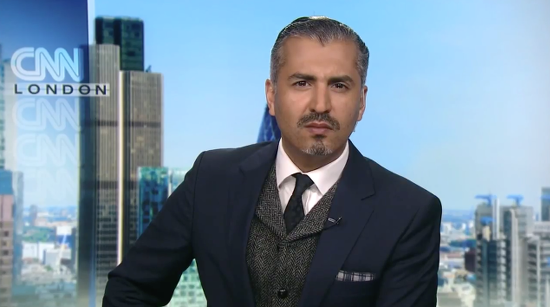 Best line from Nawaz: “We cannot shoot our way out of this problem. We are in the midst of a global jihadist insurgency and we have to render the appeal of this Islamist ideology as unattractive as Soviet Communism has now become for young people today.”

Nawaz also talked about how to talk people out of the ideology, though he freely admits that’s not an easy thing to do. The best hope, he says, is to prevent young people from ever joining these groups and accepting the beliefs in the first place.