As I write this, there are multiple terrorist attacks going on in Paris, with several dozen dead and many more currently being held hostage in the Bataclan theater. 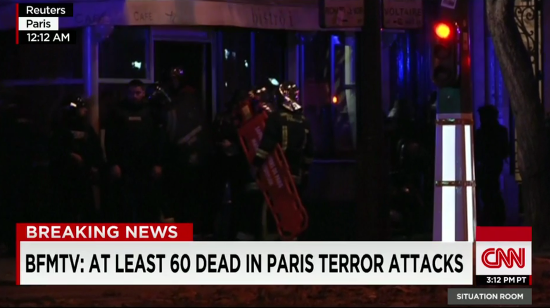 It’s unclear if these attacks are linked with the Charlie Hebdo attacks earlier this year, though initial reports suggest suicide bombs.

We stand with the people of France. This attack is an inhuman assault on peaceful society. Such violence is never justified and it must end.

Our thoughts are with the people of Paris tonight.

More on this as it develops.

November 13, 2015
After Appeal, Massachusetts Pastafarian Gets to Wear Colander in Drivers License Picture
Next Post