***Update***: You can read more about the 18-year-old who wrote the letter right here.

At a recent stand-up show in Oklahoma City, comedian Lewis Black read a letter written by an 18-year-old who is officially resigning from the Mormon Church in the wake of its new policies against gay couples and their children.

The language is NSFW, but you’ll want to find time to listen to this: 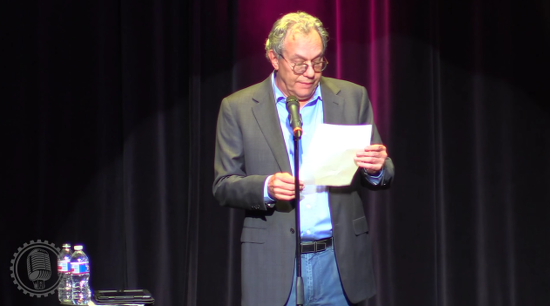 I don’t know who wrote that letter, but congratulations! You escaped!

November 12, 2015
FFRF Asks Tennessee School Board to Take Down Christian Flag at Meetings
Next Post